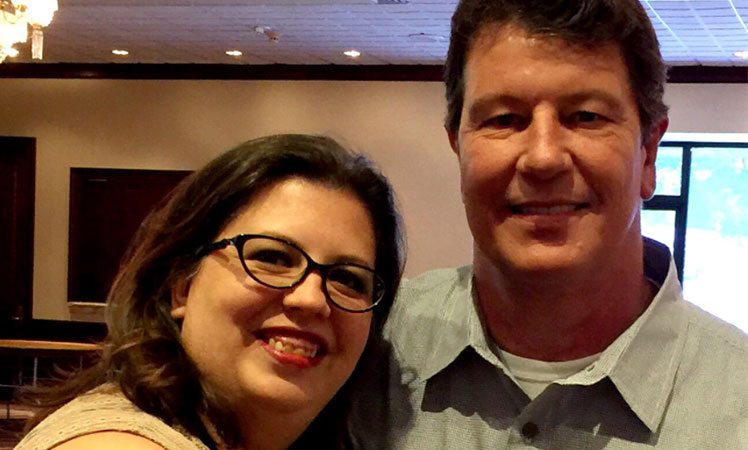 For Kaci Alvarado, an ordinary Saturday of running errands resulted in an extraordinary act of kindness. The last task on her list that day was to have an oil change at a friend’s auto repair shop. While Kaci was there, her friend asked her to proofread a Facebook post she was writing about another good friend, Michael, who was ill and needed a kidney transplant. While reading through the post, Kaci realized that she had the same blood type as Michael. She told her friend that she was willing to donate, and testing started immediately.

Kaci donated her kidney in June 2013. She remains in contact with Michael, who lives in Houston with his family. Kaci’s giving spirit is an inspiration to her son, Austin, 16, and daughter, Bethanie, 13. After their mother’s donation, Austin and Bethanie have a new definition of hope.

“Organ donation showed me that we all can help in some way,” says Austin. “I think it is helpful to those who are sick and need a second chance.”

Kaci’s gift motivated Bethanie to also register as a donor when she is old enough.

“I think it’s amazing that a person can choose to donate a part of themselves to save a life,” she said. “Seeing how donating an organ can change the recipient’s life for the better has inspired me.”

Both kids aspire to help others when they grow up, like their mother has. Austin dreams of one day becoming a forensic anthropologist to study unidentified bones, and Bethanie hopes to become a nurse so she can care for elderly people in nursing homes.

Kaci is also still offering hope and changing lives. Currently an office assistant to a psychiatrist in Weatherford, Texas, she is going back to school to become a transplant coordinator.