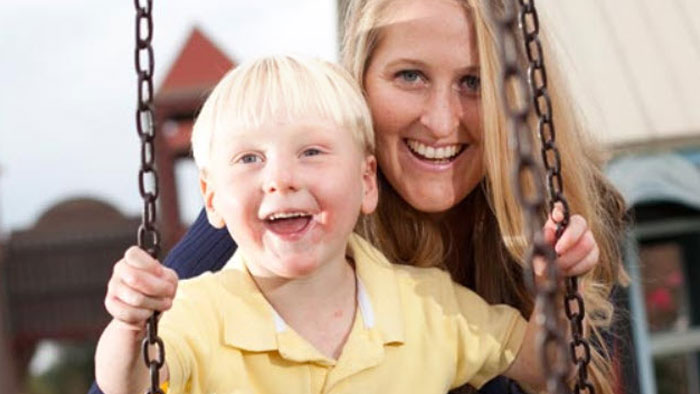 During a routine ultrasound in 2007, Rikki Myers, 18 weeks pregrant, received devastating news. The ultrasound revealed that their baby had a serious heart defect—hypoplastic left heart syndrome. Almost immediately after Skylar was born, his heart began to fail, so an emergency open-heart operation was performed. After only three months, the Meyers received more crushing news. Skylar’s heart was again failing and, without a heart transplant, Skylar would probably live only about 10 more days. Miraculously, a heart was found on day six and Skylar had a lifesaving transplant. Today, he is in school, healthy and active—and to look at him, no one would ever imagine the tough times he’s been through.