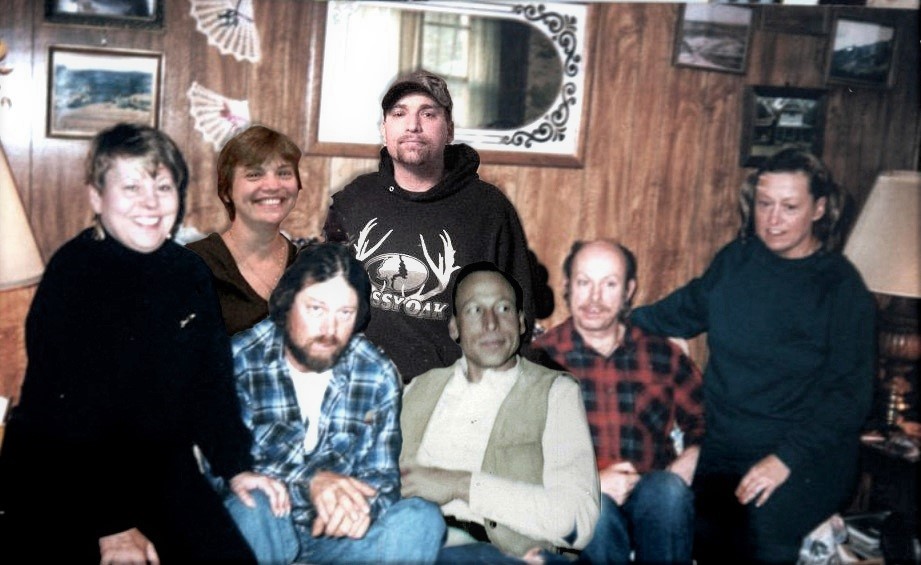 January 3, 2003, almost 20 years to the day of our dad’s passing, I had a terrible skiing accident that would forever change our close-knit family. When I went to the ER, the doctor was more concerned about my lungs than the broken clavicle and concussion. This started my journey through my dad’s shoes in the medical world. In June 2003, after an open lung biopsy, it was confirmed that I did have pulmonary fibrosis (PF), but the familial form. This started a long road of heartbreak and despair for our family of diagnosis after diagnosis of our family being tested and found positive to have this disease which robbed us of our father many years ago. On June 16, 2005, my brother Ray (48) passed away. Next, our brother, Roy, (62) on December 7, 2008, then Carolyn (58), died August 25, 2009, and finally Sharon (64) on August 6, 2010.

On March 15, 2006, I was blessed with the ultimate gift of life, a double lung transplant which spared me death from PF. Finally, on June 8, 2006, our brother John (25) received his life saving double lung transplant too. Many of us did die from IPF but because of two incredibly loving families our mother was spared the loss of two more children. Without these transplants, our life expectancies were no more than three to four months. My husband and I have a 14-year-old son, William, and John and his wife, Danielle, have a 4-year-old son, Austin, who turned five while John was in a coma after his transplant. Two years later they were blessed with another son, Logan, who is 4-years-old now.

Fast forward to September 12, 2018, our nephew, Ray Jr., received his double lung transplant in San Antonio, TX. His fight started two years before while adding to his family. Ray and his wife, Heather, had 3 young kids and wanted to add to their family but worried about IPF. I told them to have their last child before transplant because it may never happen again. Well they did and have TWINS! They survived all of the ups and downs of being away from the kids and home. The kids are extremely grateful to their dad’s donor family whom gave him a second chance to live life to the fullest!

The three of us are working full-time and living the best lives possible since our transplants! We are grateful for each moment and second we have to watch our kids grow up and become unique in each of their ways. Kevin and I also became grandparents. We have a healthy and happy granddaughter who makes our lives very entertaining and delightful.