Riki Graves: My daughter received a heart transplant at 17-days-old 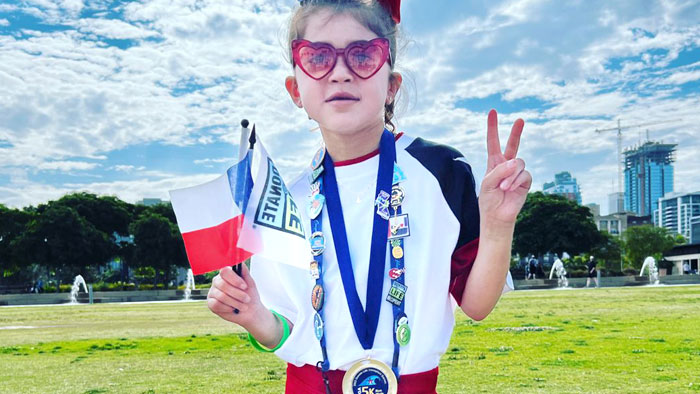 Juliana Graves was diagnosed with hypoplastic left heart syndrome in-utero at her 20 week ultrasound. What is normally a joyous occasion for parents, quickly became a terrifying situation as Riki and Chris Graves found out that they were having a little girl who was also going to be very sick. Juliana’s mother, Riki, was undergoing treatment for breast cancer during the pregnancy and was scheduled to have surgery in Houston later that week. Upon learning of Juliana’s diagnosis, the family immediately transferred all of her fetal cardiology care. Riki had her scheduled surgery, but postponed the rest of her breast cancer treatments until after Juliana was born.

Once fetal cardiologists confirmed Juliana’s diagnosis, she was scheduled for monthly fetal echocardiograms until she was born. Each time Riki and Chris would drive to Houston for Juliana’s appointments, the clinical team would take hundreds of pictures of Juliana’s tiny heart. Juliana’s heart was becoming sicker as each month passed and the prognosis was grim. Her cardiologists were afraid she would not survive the pregnancy. A little over six weeks before Juliana’s due date and at her last outpatient fetal cardiology appointment, Riki and Chris were told that they were admitting Riki to the antepartum unit for fetal monitoring. Juliana was very sick and needed to be monitored in the hospital before she could be safely delivered. The goal was for Juliana to grow big enough for heart surgery, but to also be monitored for her stability during the pregnancy and be delivered as soon as she started to decline.

After a two-and-a-half week inpatient stay while Juliana’s fetal activity was continuing to weaken, Juliana was delivered by emergency cesarean section four weeks before her due date. Juliana was in severe heart failure and immediately transferred to the cardiac intensive care unit. The next day, Juliana underwent extensive testing to see if she would be a surgical candidate for repairs to her very sick heart. Unfortunately, Juliana was not deemed a surgical candidate and with no other options, was evaluated for heart transplant. She was placed on the heart transplant waiting list at 11-days-old. The typical wait time for an infant heart is three to six months, but Juliana would not survive that long on the waiting list for a life-saving transplant. Fortunately for Juliana and her family, an infant heart became available to Juliana five days after she was listed. At 17-days-old, Juliana’s new heart began beating in her tiny body. She is currently the youngest heart transplant recipient at a chidlren’s hospital in Texas and considered a medical miracle. Today, Juliana is seven-years-old and in first grade. She enjoys swimming, going to the beach, riding her scooter, and playing with her dolls. Juliana’s family has met her donor family and are happy to say that Juliana will be participating in her donor’s sister’s quinceañera in April 2022. Juliana is here today because of her amazing team and the gift of life she received from her generous donor family.