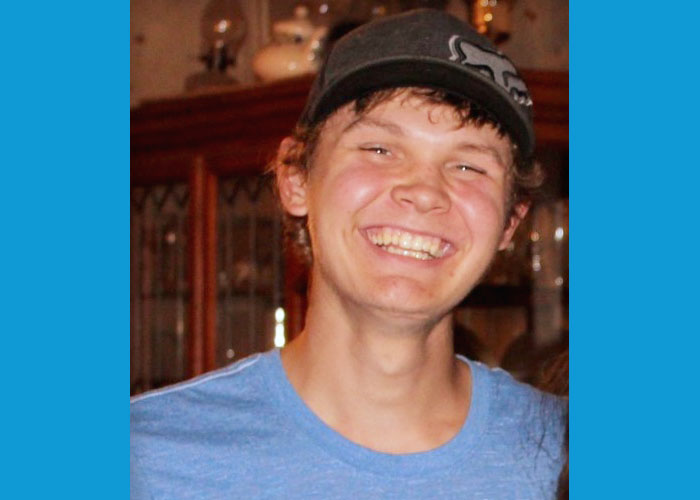 Noah is my brother. He passed away in February of 2020. He was just 20-years-old when his life ended very quickly. It was the first major death in our family. He was pronounced brain dead on February 16th, and his donation took place on the 19th.

He was an amazing guy that was always there for everyone. He always tried to help anyone that he could and it did not matter if he knew you or you were a stranger. He was the person that would always light up a room of people, and could make anyone smile and laugh because of how goofy he was. Gosh, his smile was contagious. You couldn’t be sad around him, because he’d make sure he could find a way to cheer you up.

What 20-year-old kid gets stuck in a grocery store for hours when he initially went in to grab a few items because he makes conversation with complete strangers or interacts with kids in the check out line and makes them laugh? What 20-year-old kid offers his whole savings account of $2,000 to his sister because her car just broke down (even though he doesn’t have a reliable vehicle and that’s what he was saving his money for) so that she doesn’t have to worry about how to get to college, work, and drop his niece and nephew off at daycare? What 20-year-old kid will wake up in the morning, drive 30 minutes in the rain to change his friend’s tire for him and take it into the store to exchange it and then go back into the rain to put the tire on the car so that his friend can make it back home?

These are just a few examples of how humble and genuine he was to others. He didn’t hold grudges, and didn’t know a stranger. He always tried to include everyone and make them feel welcomed. He touched so many lives I know he had no idea his impact was so great. He truly loved everyday to the fullest from sun up to sun down. Always spending time with his friends and family. It was no surprise that he was an organ donor when we found out at the hospital. Me and our little sister are at high risk of potentially needing a transplant one day. I have polycystic kidney disease and our little sister has cystic fibrosis. Because he chose to be an organ donor, he has saved the lives of four people (not counting the countless lives from his tissue donation).

It is crazy that one of the paramedics that brought him back after he stopped breathing, her nephew received my brother’s kidney. The little boy now lives at home and not in a hospital. He now is able to eat solid food, and no longer needs to be hooked up to a dialysis machine. Noah gave him a life that a little kid deserves; just by a simple decision to donate.

My brother will always be my hero. We have held one blood drive since his passing in his name and was able to donate 23 pints of blood. We have our next one booked for summer. We are currently working on a Christmas drive in his honor because he would volunteer and deliver presents to families in need during Christmas. He was an amazing kid that is missed dearly by so many people. We will continue to do everything to raise awareness of being an organ donor and the hope it gives families in need. Being humble, kind, generous, live every day to it’s fullest, make a difference; that’s what “Live like Noah” means.