Amanda Demchak: My second chance, thanks to an organ donor 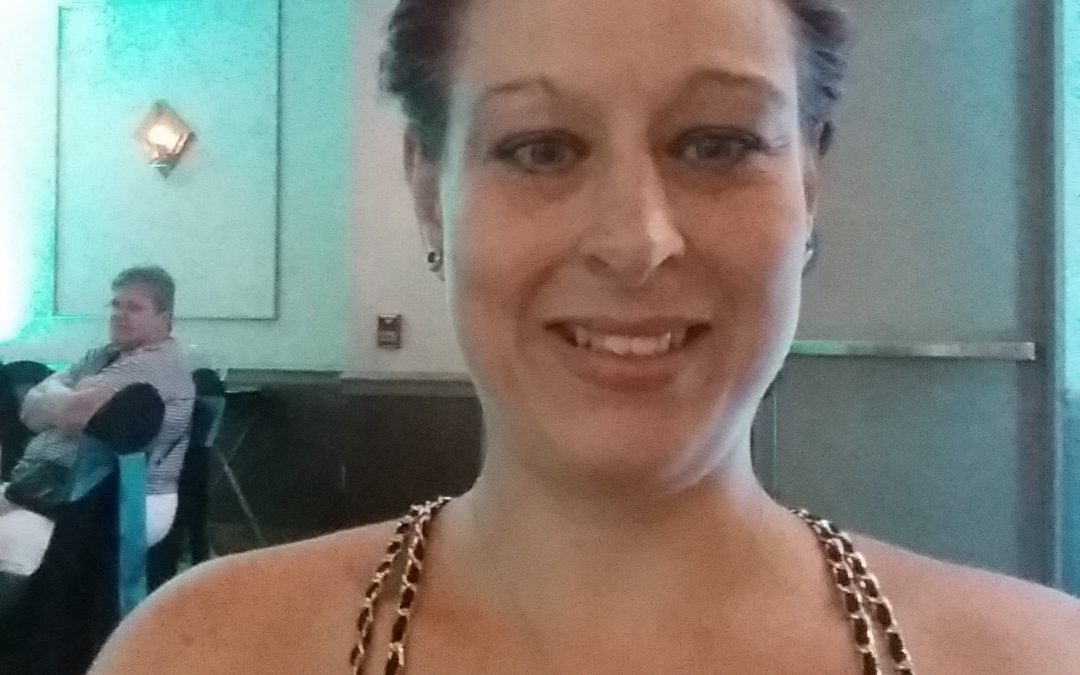 I received a kidney on February 5, 2019 from a young deceased organ donor. My donor and their family has given a second chance at life to a daughter, granddaughter, niece, aunt, friend, wife and mother. Words can’t even express the gratitude my family and I have for the choice of donation this individual made. The choice of donating ones organs, whether it was their wish or their family’s wish, is truly been a miracle to others. For that I thank organ donors everywhere for the most selfless and caring decision that they have made.

My name is Amanda and I am from Erie, Pennsylvania. I am a wife and a mother of three children. At the young age of 15 yrs old I was diagnosed with severe high blood pressure. I was put on a medication regimen. However it was so bad that the medication combination I was on would not work after about 4-6 months. Doctors would have to change up the medications and try a new combination everytime. At 20 yrs old I found out I was expecting. At my 12 week checkup I was put on bedrest immediately and told something was wrong with my kidneys. I needed to to see a Nephrologist. He explained that my high blood pressure over the past 5 yrs has caused my kidneys to start shutting down. At that point my kidney function was only about 70%. At 34 weeks into my pregnancy I was rushed into emergency C-Section to deliver my baby, as I was so sick he was in danger. Over the next year I was monitored closely. Then I found out I was expecting again. This time I was on immediate bedrest and at 27 weeks was told I may have to make a choice, me or the baby. Luckily I fought hard and made it to 37 weeks. I had another C-section along with getting my tubes tied as they said I would not make it through another pregnancy. Over the next 5 yrs I ended up in the hospital several times for what they called acute kidney failure. Everytime I was on an antibiotic for something, my kidneys would completely shut down. Once they got me through the antibiotics and it was out of my system, my kidney function would restore. However that coupled with my BP slowly ran my kidneys function further down. In 2012 I made the choice and started school to become a nurse.

2 weeks into the 2nd semester (End of Oct.) I ended up hospitalized. I then heard the words I was dreading. My kidneys were functioning under 15% which meant I had to start dialysis. They scheduled an appt to get my av fistula(dialysis access), which would take 8 weeks to mature before it could be used. I went home and 2 days later was back in hospital,(for which I missed my daughters birthday) sicker then before. I had to start dialysis immediately so I had to have emergency surgery to get a chest catheter put in and start dialysis that day. I ran 4 hours on the machine 3 days a week. Due to the scheduling I would go in right after my children got out of school and didn’t get home until they were already in bed. So for 3 days a week my children didnt get to see me. December 2012, was one of the sadest moments of my life. While at holiday event where we met Santa, I heard my children, who were 5, 8 & 8 at the time, ask Santa for a kidney for their mom!

Over the next few years I struggled with dealing with my disease, trying not to be depressed and trying hard to be a functioning mother and wife. In May of 2018 began a 4 month battle against death. Over the course of those 4 months, I had to have over 12 units of blood transfused into my body. My dialysis access (AV Fistula) stopped working so I had to have a chest catheter, that connected to my heart, put in for dialysis. They had to make another AV Fistula in my other arm. I was hospitalized several times, including ICU stays. I was basically bound to my house, So I could not enjoy summertime with my children. All they saw was a very sick mother. I honestly thought my time was almost up. I cried every night fearing what my kids would have to endure at such a young age. Finally I slowly started getting through all the medical problems and began to get a little better. Normally a catheter stays in about 8 weeks. After so many complications and fighting, at 18 weeks, I was finally able to get it out. I then continued to work hard on keeping my health better so I could get back onto the transplant list. The evening of February 4th I got a call saying I was back and active on the list. The very next morning, as my children were getting ready for school, I got the call to get to the hospital for a kidney. I feel better now then I have in the past 6 and 1/2 years that I have been battling my kidney failure.

Making the choice to become an organ donor means more then you will ever know. Please become a donor. Be someone’s hero.

« Debbie Fields: Never knew I was sick Janet Ocasio: My gift has given me 20 years of life »