Maureen Jaret: The heart of giving 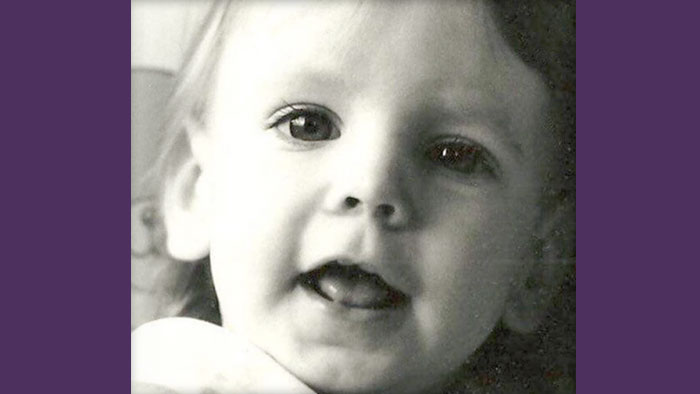 My eyes were opened to organ donation at the young age of 12 while watching a documentary on Dr. Christiaan Barnard performing a heart transplant. I was so blown away by this amazing process and it stayed with me. Then at 16, I got my license, and you could check to be an organ donor, but my parents were a little freaked out about signing for me because I was talking about death, but I looked at it as talking about life. Little did I know at the time, but these seemingly benign things would become my entire life! Organ Donation was about to ROCK my world!

Fifteen years later in 1990, I was married to my beautiful husband Keith, and we just had our first child together, Megan. When Meg was seven months old, she had a heart attack and a stroke and diagnosis with Cardiomyopathy and needed a Heart Transplant. She was so critically ill that the doctors needed to transport her by helicopter to Philadelphia, for the operation. However, the weather was rainy and foggy, and the aircraft could not fly. So instead, at 1:00 am they took her by ambulance two hours away, and they did not allow us to go with her. We ran home, grabbed clothes, headed to Philly, and with no GPS or cell phones then, we had no way of knowing whether our beautiful daughter survived the trip or not! We got to the hospital at 4:00 am, rushing to the receptionist to see if she was a registered patient, she was!! Keith and I just crumbled in each other’s arms, the angst was overwhelming, but now we felt good that she was going to get the help and heart she needed! After the doctors did all the tests, that evening she was put on the transplant list.

However, after a month, the Neurologist gave us the devastating news. The Dr. told us that she believed that Megan was a vegetable and that she would never walk, talk or see again and they did not feel that Megan was worthy of a heart because she would not live a quality life, she told us to take her home, no one can help her! Undaunted, we hired a physical therapist and worked with her, to build up Megan’s strength and prove that she was not a vegetable. After four months, we took her to Columbia Presbyterian Hospital in NYC. There we met Dr. Linda Addonizio, where she did a few tests on Megan and deemed that she was not a vegetable and that she absolutely deserved the right to a heart. On February 4, 1991, Megan was listed on the National Database called UNOS (United Network for Organ Sharing), she was the number one child waiting for a heart in the nation. On September 13, 1991, the call came they had a match! My heart was full of joy, trepidation, and sorrow for the mother that just lost her child.

After the surgery, Dr. Addonizio told us that the heart started immediately and that it was the most successful heart transplant to that point! Keith and I could breathe a sigh of relief and begin to plan a future. Over the next 6 weeks, we watched as Meg flourished, she was strong, for the first time, she was being a kid. She was crawling, starting to talk, playing with her toys, and most importantly she was walking!! However, things were not to be, Megan died on October 23, 1991, from a massive infection. Despite the devastation that we were feeling, we still felt that we did the right thing and that given a choice we would do it all over again. In the years after Megan’s transplant, I remained an advocate for Organ Donation. Keith and I always believed in giving back, we tried to live our lives the best we could.

On June 22, 2011, I had my dream come true, I was presented with the ultimate “Pay it Forward.” Five years earlier, in 2006, at the cafe that Keith and I owned, I found one of our customers crying and when I asked if they were ok, they proceeded to tell me that Dennis needed a new kidney and the person who said they would do it backed out! Without skipping a beat, I said to them, well, what do I have to do to sign up. They looked a little shocked but told me I have to go to St Barnabus, and first get a blood test! I said ok – no problem. I walked over to Keith who was the Chef, preparing food for the brunch crowd and I said, see that guy over there, I am donating my kidney to him. Keith in typical fashion said ok?

When we went to the hospital, to get tested, the Dr asked a lot of psychological questions – I am sure to make sure that I wasn’t a crazy person, and Keith told him, Doc her mind is made up you can’t scare her – she will be fine! After a lot of hurdles to get to this day in June, eight people went to the hospital in different parts of the country, four of them went voluntarily to save the lives of the other four people! I had felt that my story with Organ Donation was over, but I was wrong!! My world came crashing down on December 26, 2017, when my beautiful husband Keith of 30 years, was diagnosed with liver cancer and needed a liver transplant! I was so angry and sad at the same time, how could this be happening to us again?? Keith was very sick, and his tumor seemed to be growing at a fast rate. For Keith to get the liver, parameters had to be met, and even though he met most of them, the process was so slow, and decisions to not put him on the list was infuriating.

What I realized that in the 27 years since Megan had her transplant, the process really did not change much. Time was running out, Keith died six weeks and 2 days after his diagnosis. After Keith died, my life changed drastically, I closed our cafes and made the decision that because Organ Donation which began for me at the very beginning of my life, now needed to be my devotion through the end of my life. I am a UNOS Ambassador because my mission for the rest of my life is to end ANYONE having to wait for an organ or ever be told, they do not fit a criterion, and are not eligible to receive the organ they so desperately need.

« Jameson Finney: The transplant that came out of left field Melissa Arias: Fighting for a heart »