“After undergoing three open-heart surgeries in his first four years of life, Matthew’s heart began failing quickly and he was listed for a heart transplant. In order to keep him alive while waiting for a donor heart, doctors installed an artificial heart. He survived, and four months later, received a perfect match from a boy named Brayden. We have been very blessed to connect with Brayden’s family and we are forever grateful to them for giving Matthew the gift of life.”

As told by their mothers. “Brayden played baseball every year since he was old enough to play, his last season making the all-star team. He had a love for animals and people, all living creatures. He had the best laugh anyone has heard, and the curliest hair. Brayden was 8 when he passed away, 2 days after being on life support, after a snorkeling accident.” 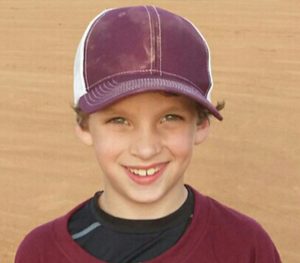