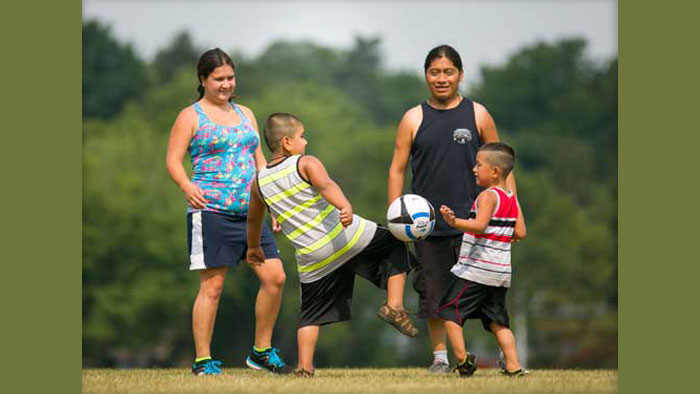 Martin Martinez Rosa became seriously ill almost overnight—but his diagnosis took a few months. In the meantime, suffering with a recurring fever and frequent vomiting, he went back and forth to doctors at the community clinic.

One doctor thought he might have—and was treating him for—tuberculosis. What Martin actually had was silicosis—a respiratory disease caused by inhaling silica dust—and the only treatment was a double-lung transplant.

He waited at home, using an oxygen tank to breathe, and struggled with bouts of pneumonia. After a few months, two lungs were found for Martin, and his life began getting back to normal. He is looking forward to resuming an active life and playing soccer with his two young sons. “They are so happy to have their dad back,” he said.