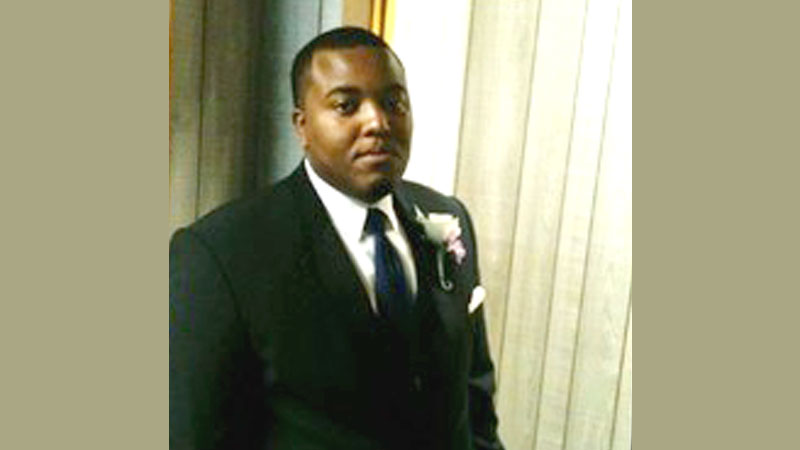 In October 2014, I became very ill and went to go see my doctor. After examining me, he sent me to the ER, where it was later found that I had lung and kidney failure, in addition to very low blood counts. I was sent to the ICU and immediately began dialysis and received a blood transfusion. Sometime during the night after I fell asleep, my lungs filled with blood; and I had to be intubated and sedated. This remained for a few days. During those days, doctors had trouble figuring out the primary cause and did not think I would make it. However, once they finally figured out the cause, I was given the proper treatment. My lungs quickly began to clear after receiving the steroids, but my kidneys did not. After I was ‘awakened’ and no longer intubated, I began to find out all that happened during the days when I was sedated. I learned my blood counts were so low that I should have died, that I received a chemotherapy treatment, and that I would continue to receive dialysis until my kidneys recovered. Most importantly, I learned the primary cause of my illness: Wegener’s GPA (or Vasculitis), which is a rare autoimmune condition that causes inflammation of the blood vessels. Unfortunately for me, my first experience with it was about the worst possible experience.

I was in the hospital for another week or so under close monitoring while undergoing dialysis, having blood transfusions, getting treatment to remove antibodies from my blood, and going through physical therapy, before I was discharged. From this point, I began outpatient dialysis treatments for 4.5 hours each day, three days a week. Furthermore, I had to undergo five more chemo treatments as part of the therapy to get my Wegener’s in remission, in addition to more treatment about four months after my last chemo treatment due to a relapse with Wegener’s. It was a large undertaking, but I accepted the challenge and attached my treatment.

Once I started outpatient dialysis, my doctor and I decided to give my kidneys one year to see if they would recover, before considering other options. Just as I had hoped and prayed for, my kidneys were showing signs of improvement in early 2015, enough where I was taken off dialysis for three weeks. But after the third week, my kidneys started to worsen and remained in this state. So, in September 2015, my doctor recommended being evaluated for a transplant because I did not need to be in his dialysis clinic with so much life left to live. At first, I was against it. But the more I thought about it, the more I realized that I didn’t want to potentially spend the rest of my life on dialysis or deal with the health conditions that can come with being on dialysis for a prolonged period of time. Basically, I wanted my life and health back.

After the conversation with my doctor, I got listed at three different hospitals. I was listed at the third hospital in December 2017 and was blessed to receive my transplant in February 2018. That day will forever be one of the most important days of my life. I had gotten home from my dialysis treatment was about to eat dinner, when I received THE CALL and was told that a kidney may be available the next day and to be expecting another call at that point. Then, about an hour later, I was called again to come to hospital by midnight. I underwent labs and testing upon arrival and was as nervous as I’d ever been, not to mention exhausted from having received dialysis treatment earlier in the day. But that nervousness turned into excitement as a resident told me that it was basically a formality that I would be getting the kidney. And a few hours later, that proved to be true.

Since I received my new kidney, my life has been restored; and I feel that I’ve had a second chance at life. I’ve been able to really live and thrive, feel like myself again, be actively involved in my son’s life, be more present at home, become a first-time homeowner, go back to school, get an advanced degree, and get back on my career path. Basically, I’ve been able to go after the hopes and dreams I had prior to becoming ill back in 2014. Prayers were answered that day and have continued to be ever since. As a result, I have now begun to work towards moving my career within the transplant arena. I’ve shadowed at a transplant center, attended conferences, networked with transplant professionals, became a peer mentor, and gained a transplant administrator as a mentor. I also became a UNOS Ambassador, where I participate in different activities, such as National Minority Donor Awareness Month. Additionally, I’ve participated in Kidney Walks and worked to spread awareness about the importance of organ donation and the impact of transplantation. While I was in dialysis clinics and waiting for a transplant, I wonder many days about the importance of my health journey. What does it really mean? How has it change me? How has it impacted me? What is God’s purpose behind it all?

In reflecting on these questions, I came to the conclusion that I have a responsibility to spread the word, inform, and educate on my experience, especially in minority communities. People need to know that dialysis is not an endgame but can be bridge to regaining living a full life. And, people need to know that by donating, there is no better gift or service to perform than to give someone a second chance at life like my donor did for me. I’m thankful for my donor, their family, and their selflessness. I’m happy that God kept me and restored me.