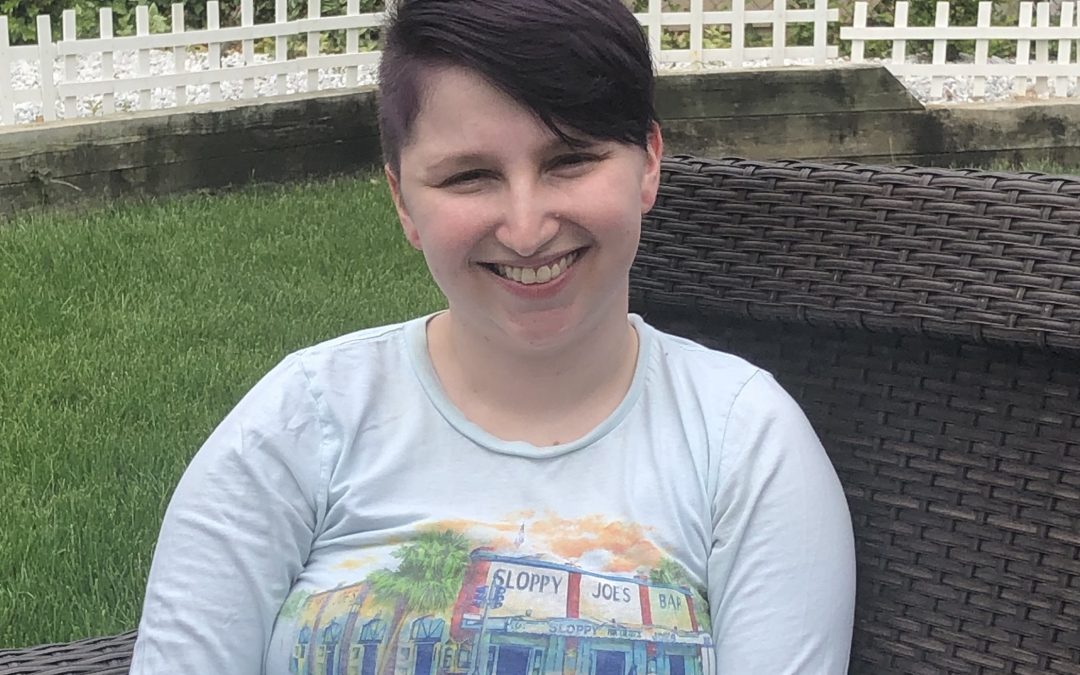 My transplant story begins back when I was 4 years old before we ever knew it where it would lead. At that age, I received a diagnosis of Juvenile Rheumatoid Arthritis. We were told that this disease primarily attacks the joints and were unaware when I was diagnosed in the 1990s that the disease could cause other complications. Throughout my life I dealt with the many challenges and pains of Rheumatoid Arthritis but never let it define who I was. I always attempted to live my life to the fullest and without limitations.

After college things started to change when I was diagnosed with double pneumonia that landed me in the hospital. Everyone assured us that young people in their early 20s usually bounce back after 6-9months. I felt better after being discharged but continued to have both a persistent cough and shortness of breath that was slightly more noticeable now. Because of this, we decided to follow-up with the pulmonologist I had seen in the hospital to check things out. When he saw my x-rays he confirmed that what I was experiencing was far from normal.

What came after was a series blood tests, CT scans, and a lung biopsy which eventually confirmed a diagnosis of pulmonary fibrosis in 2011 that was attributed mostly to the arthritis from what doctors could tell. While it was a complete shock, I did what I always try to do and see the bright side of things. At least we had a diagnosis and now could start on a path of monitoring this to hopefully prevent any further complications.

Things stayed seemingly stable until 2015 when tasks started to become slightly more difficult, but again I tried to explain it away that I just needed to exercise these damaged lungs a little more. In August of 2015 at a routine doctor’s visit with my pulmonologist, he started to go over my vitals. I was continually losing weight and my breathing tests were slowly declining. He first brought up that he wanted me to take a 6-minute walk test at the local hospital to prove that I didn’t need oxygen. Great. I knew I was going to fail that and was trying to compose myself when he made the statement that stopped me in my tracks. “I think we should really consider the possibility of a lung transplant.” I was floored. That was about as far out of left field as I could possibly imagine. The next few days felt like an emotional blur. It was only a few days of thinking, though, before we called the doctor and asked for more information on transplant centers in the area.

Shortly after this I began the evaluation process at a transplant center near me. After completing a series of more tests than I could possibly count, I was officially admitted into the lung transplant program but not officially listed for transplant. I was sick, but not quite sick enough yet. So we began another period of monitoring, with visits every 4-5 months dragging oxygen tanks with us to doctors visits or educational seminars about transplant. It all seemed overwhelming but at least I was being monitored by the best.

By December of 2016, things took a quick turn downward. We had hoped to get another few years out of my native lungs before needing to be listed, but by December I had moved through 3 different portable oxygen concentrators and had to move exclusively to tanks. I was barely leaving the house and things like walking up the stairs to bed at night seemed an impossible task. I still worked from home but even sitting looking at my computer seemed to drain everything out of me. At my December appointment my team informed me that based on recent tests I was sick… really sick. It was time to begin the listing process.

I completed some additional tests to update my status and on January 19, 2017 I was officially listed for transplant. Because of my extremely short height and common blood type, I was told to expect a wait of possibly a year. It was hard to imagine with how quickly I had declined over the previous year what the next year would look like. I didn’t have to wonder too long.

On February 5, 2017 I received “the call” saying that I was being brought in for a possible transplant. My family and I drove to our center not knowing what the outcome would be. Most people go through several “dry runs” where you receive a call, get admitted and prepped, only to have the lung not be viable and get sent back home. So we went, got prepped, and waited. On February 6th, after waiting in the hospital for 16 hours, we found out that I was one of the lucky ones. No dry-run; this was it. I received a single left lung transplant. The surgery went smoothly and 10 days later I was walking out of the hospital to go home.

Since receiving my lung transplant, so many things have changed in my life. There is an entirely new routine complete with medications, additional doctor visits, new procedures to ensure lung health, and new precautions to try to prevent infections and rejection. While all of this seemed overwhelmingly terrifying when we left the hospital with this precious new gift, the terror subsides over time and is replaced with boundless joy: the joy of being able to sing again, to be with my family, to plan for the future. I feel the best that I have felt in years. Through all of this, I have never and will never stop thinking of my donor and her family, who I was lucky to make contact with. This selfless gift has given me a chance to be “Rachel” again and for that I can never truly express my deepest gratitude.

« Brendan: A second set of lungs, a second chance at life A new heart during the COVID-19 pandemic »