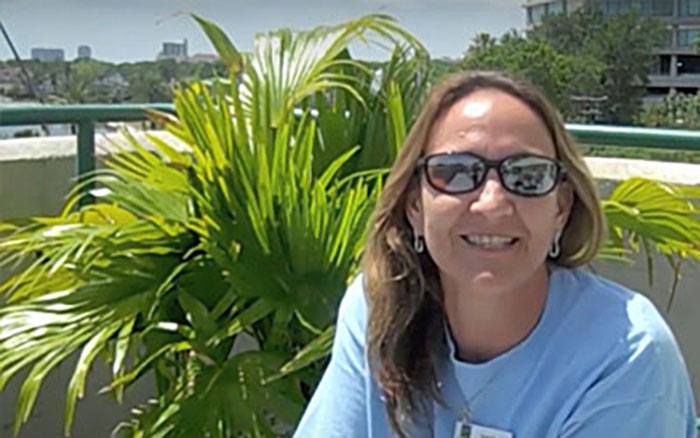 It has always been just me and my Sister.

We were both young teens when Dad was diagnosed with PKD (Polycystic Kidney Disease). We knew he was sick, and that the disease was hereditary.

Since it was just the two of us we made a pact that if one Sister became ill the other would donate. (have you ever made a deal with someone, then knew you’d be the one who’d have to pay … I did)

Fast forward to March 17,1985…my Dad passed away from the disease and heart complications.

Fast forward to Mothers Day 1995, my Sister became ill after just giving birth to her second child. She found out the next day she was “the lucky one”.

When the time came I told her Dr. I was her Donor. Of course there was a massive amount of testing, but it turns out that we beat the odds (extremely rare DNA match)…I was a perfect 6 out of 6 antigen match ~and if the “shoe had been on the other foot” we couldn’t have done the transplant due to blood type, A+ & A-.

I spoke with the dearest woman~my Sisters transplant coordinator, and asked to arrange to have the transplant done on St.Paddy’s Day … 20 years to the day my Dad passed from this disease! She asked why~when I told her she said she would make it happen and did. (we both cried)

Since the transplant, I have volunteered for the local Organ Procurement Organization, and have set up my own 501c3 Non Profit that collects not money, but signatures for the Donor Registry.

Living Donation gave my Sister her life back. She is in good health and is doing fine, got to see her kids grow up, marry the man of her dreams, and live a happy successful life ~ Thanks to the skills of the surgeons and staff, and a bunch of help from above…and of course, the luck of the Irish!!!

You know ~ It is said that you have really never lived until you have done something for someone that can never pay you back.

Today it is STILL me and my Sister ♥ Kari~ON