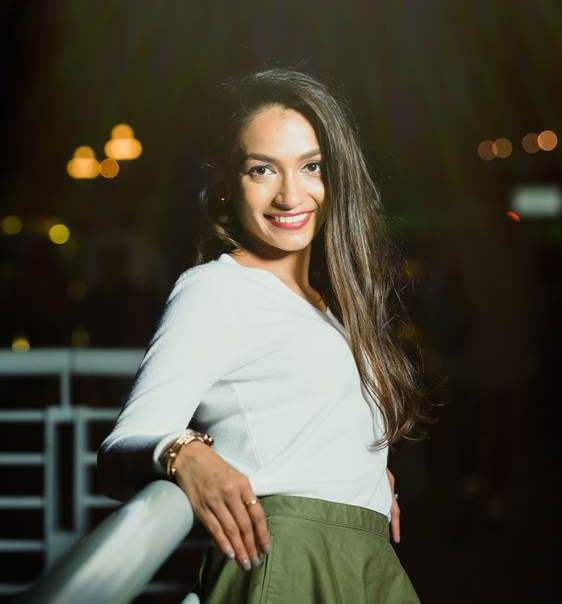 In 2019, nearly 40,000 people, including over 18,000 minorities, received the gift of life. In 2020, I thought it would be a good time to finally share my transplant story. Back in 2006, I was 15 and diagnosed with an autoimmune liver disease that affects my bile ducts to not drain properly. A problem that eventually led to liver failure. I remember so vividly that my parents noticed my eyes yellowing severely, a condition also known as jaundice. In April of that year, about a week before my mom was supposed to fly to India to visit my grandparents. At the time, there was so much excitement in our household, as my parents had finally obtained their permanent residency status in America and would finally be able to go back to the motherland after six long years. In the grander scheme of things, six years may not sound like too long in the middle of an entire lifetime, but to a couple who barely knew any English, did not have any college education, and still packed their bags and kids up to pursue the American dream, it felt as if a century had passed since they had seen what they knew as their home.

The excitement for the trip was palpable, but even still, my mom wanted to make sure I was okay before she left, as we both knew that my dad had severe jaundice and my paternal grandfather had passed away from liver cancer. After we went to our then-family doctor to get a quick check-up, lo and behold, the day before my mom was supposed to fly back, the doctor called her to say, “Hema, you should cancel your flight to India. Nikki needs to get an appointment with a pediatric gastrointestinal doctor ASAP.” Suddenly, the excitement became dread, and there was a total doomsday feeling.

Since there are not many pediatric specialist doctors, they are usually booked out a couple of months in advance, but luckily, that family doctor made some calls and got an appointment for me the next day with a pediatric GI at a local Tampa hospital. I am grateful to my doctor for pulling some strings for me and getting me examined, as that turned into a quick biopsy to see what was going on with my liver. Then that turned into an emergency minor surgery where a tube and catheter had to be inserted to control the amount of bile gushing from the tiny hole they had made for the biopsy. Afterwards was a little bit of a blur for my teenage self, but the gist was that the emergency procedure and biopsy meant that I should see a pediatric GI doctor. I needed the pediatric specialist said I would likely need a liver transplant as well. My heart dropped.

Later that same month, it was determined by the experts that I needed to be admitted to the hospital. Next, it was a very long waiting game after I was placed on the transplant list. My condition was not severe enough to where I could get bumped up on that list, but I was also not well enough to be discharged from the hospital. Hence, I needed 24/7 monitoring. They (hospital staff) became my best supporters and friends who saw me scream, cry my heart out, smile, and everything in between. Days turned into weeks, which then turned into months. In the time before my actual transplant, there were two instances where my family received news from my transplant coordinator that there was a potential match for me. Hearing that made those both the best and the worst days, as after going through prep and everything, I would find out that the tissues were not an exact match and surgery wasn’t possible. I don’t know if there is a worse feeling than having hope that you finally may have a chance at this thing called life, only to then be told that it was not a good match.

By the time mid-November 2006 rolled around, my health had deteriorated to the point that my immediate family was informed that if a suitable match was not found in the upcoming two weeks, I would not make it. By this point, I was having a hard time keeping feeding tubes down. Any nutrition I put in my stomach was not accepted by my body. I had about three rounds of lung taps to get rid of excess fluid build-up from my liver not functioning, and just like my body, I was mentally done and had started to accept a grim reality. Those were some of my darkest times, and as mental health is stigmatized and not something that is actively discussed in the South Asian community, I don’t know if I even recognized my feelings then as issues that I could bring up as a concern to my parents. But thankfully, a match was found, and on the evening of December 5, 2006, I was prepped to go into the long, 10-hour transplant surgery. After one cardiac arrest, countless bags of donated blood, and hours of backbreaking surgery performed by surgeons and supporting nurses, on December 6, 2006, I was out of the OR with no less than 49 staples across my mid-section and more tubes visible on my body than skin. In all, it was a whopping six months I spent in the hospital pre-transplant, and it would be a total of eight months spent there counting the recovery journey.

I am incredibly thankful for this gift of life given to me by a seven-year-old boy in Arizona who passed away in an untimely manner. As a family who had just begun trying to cope with the fact that their child was no longer with them, I know the choice to donate was not easy to make for that family, but I will forever be grateful for their decision.

What many may not realize is that the initial hospital stays, treatments, and actual transplant are, in fact, only the beginning of a long and costly journey. The ongoing costs of blood work tests, CT scans, hospital stays for remission, anti-rejection medications – it all adds up and can be felt quite hard on the bottom line for a family struggling to make minimum wage. It didn’t help that most insurance companies refused to accept me as a policyholder or a covered dependent with my pre-existing condition, and the few willing to offer coverage would charge quite literally a fortune. Something a high school and college student could not afford. We were very fortunate to receive aid. They not only assisted with the costs of the transplant, but also in the post-transplant upkeep until the age of 21. Having done the math, I would have never been able to pay for the post-transplant upkeep on my own even if I had repurposed my college savings.

Fast forward almost 14 years. I am still healthy, thanks to very careful choices on how I carry out my life. I am happy and incredibly grateful for every day that I get to experience and the memories of so many amazing moments I had because of the gift of life I received. Now, I have an amazing job where I get to think of compliance, risk, and auditing—which is not as boring as it sounds—an incredibly supportive and understanding husband, parents, and brother who mean the world to me and are my best champions, and of course, friends who make this life feel as if I am living for two souls.

I am so excited for 2021 because I will be celebrating my 15-year transplant-versary!
Looking back on it now, the experiences in the hospital and afterwards made me resilient to the ups and downs of life. Before now, I have never dared share my story out loud, as I am a private person. I’ve certainly not put it on paper either, but I wanted to share my journey in a raw way in honor of this special month that recognizes donors and their sacrifices while attempting to increase organ donor registrations among communities of color. I can only hope that my personal story moves and inspires someone to sign up for organ donation — especially if you are a minority!

I ask you to step back and consider your stance on life. How easy is it to forget that it is a precious gift founded on the basic concepts of goodwill and community? Me, I won’t ever forget—I am here, living for two, because of the organ donation of a little boy in Arizona, and because of amazing social programs that provide a safety net for those in need. Thanks to people like that boy and those financial options we have, we can fulfill the promise of life without silos, where walls are broken, and a true community is built. As someone who directly benefited from organ donation, I urge you to consider joining this coalition and sign up for donation today.