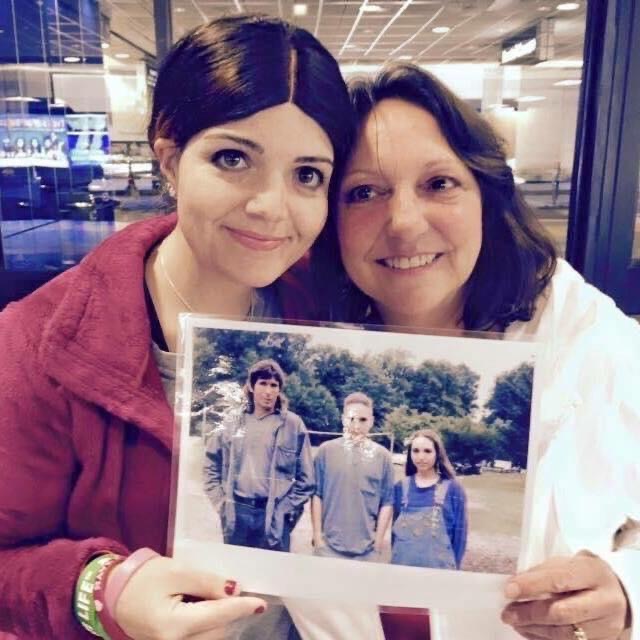 I believe in the kindness of strangers because a special woman chose to give me the gift of life.

At 13-years-old in 1996 I was healthy typical teenager. I played sports, I was a competitive baton twirler who worried about boys. The biggest concern was what I was going to wear to school and seeing my friends. I had my tonsils taken out at the age of 12 but that was it.

My younger brother who is seven years younger than me was born with a hole in his heart. He had open heart surgery when he was two-years-old.

In my small family he was the one we watched over and made sure was ok. I was his healthy older sister supposed to be able to protect him.

At 13, my life was turned upside down. Right after my 13th birthday I started having severe stomach pains and everyone thought I was becoming a teenager. After countless doctors appointments and different emergency rooms. After about a month, they told my family that maybe my ovaries were twisted; after that, maybe my appendix needed to be removed.

When going into surgery they removed my appendix, and I went into cardiac arrest on the table. They revived me and sent my parents home because I come from a small family and they needed to go home to my brother. Two hours later they told them to return to the hospital because, “Your daughter is dying from heat failure. Come say goodbye now.”

Waking up I was surrounded by doctors who said you need a heart transplant. I didn’t know what that was. I was scared. I waited in the hospital three months and received my heart transplant from a young boy named Matthew. His mother chose to give the gift of life to myself and many others. July 6, 1996 is my rebirth-day.

After that, my life changed. I was given a second chance at life at such a young age. I understood the kindness of strangers. You take medication for the rest of your life and go through many procedures, doctors appointments and you are different. Life isn’t easy after a transplant but it’s a life and that’s the greatest gift of all.

I was able to live which is the greatest gift you can ever receive! They told my parents I wouldn’t make it until my 18th birthday, my 25th, 30th, and I’m 37 now and July 6th will be my quarter century rebirth-day.

I’ve spoken at countless events with the American Heart Association with Regis Philbin, Joe and Frank Torrey. I’ve spoken with The Blood Center, Long Island Trio since I was a girl. LI Trio has been with me since I had my transplant. I will speak wherever I am asked to share my story in honor of my donor. I was even in a documentary short film last year with two other recipients.

On Donor Day, which is Valentine’s Day, 6 years ago after hoping to meet my donor’s mom it finally happened. I got to say thank you! And my donor mom was able to listen to her son’s heart beat again. Sharing my story and living my life is the best way I can think of to honor my donor.

Live your life to the fullest everyday , because you never know what will happen tomorrow.

I am alive due to the generous gift of life from my donor angel Matthew.