Honoring a life and finding joy in a bowl of cereal 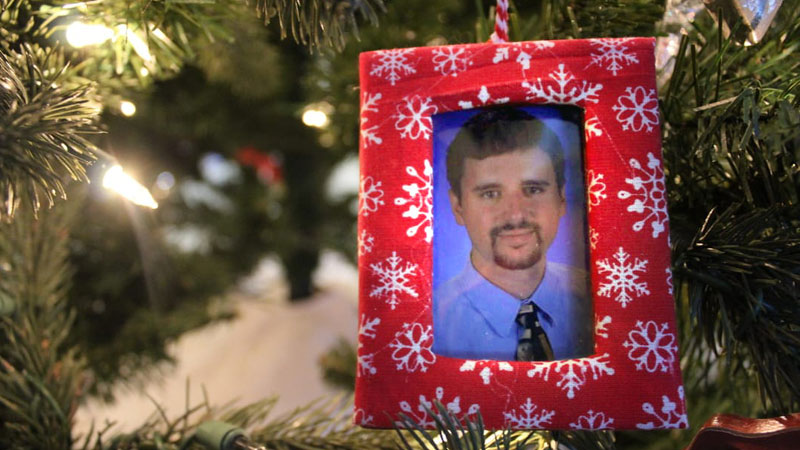 If we never experience the chill of a dark winter, it is very unlikely that we will ever cherish the warmth of a bright summer’s day.

I became a widow at age twenty-eight. My first husband, Matt, collapsed one evening from what we later discovered was a ruptured brain aneurysm. We lived an hour away from a hospital that could treat him, so he was transported by helicopter to the hospital in the city. For eight excruciating days, I watched the effects of the ruptured aneurysm destroy his brain.

On the evening of that eighth day, his doctor took me into a dark room to show me brain scans and deliver the news that Matt had irreversible brain damage. His body was no longer capable of staying alive without the help of machines. Fortunately for me, Matt and I had a long conversation during the Terri Schiavo case about our final wishes. I was in support of sustaining life artificially and not giving up hope, but my husband argued that our faith tells us that our hope is not in doctors and medicine. He personally felt that it was an act against faith to sustain a life artificially. His wishes were to be allowed to pass peacefully when it was time.

I left the hospital in shock, and when I got on the highway to make the hour-long trip home that night, I rolled down the windows. I cried, screamed and begged for the entire trip. I wanted to know why. I knew that in the coming hours I was going to experience more pain than I had ever felt in my life.

When I finally got home, I crawled into bed, though I knew that I would only sleep when I passed out from exhaustion, which happened to be around 4:00 a.m. I woke up at 6:00 a.m., sat straight up in bed, and had a thought. “Eddie needs a kidney.” The thought grew louder and louder in my head until I realized that I was saying it out loud.

Eddie was one of my sister’s childhood friends. We had just spent New Year’s Eve with him, and while he was able to play board games and enjoy our conversation, he spoke of his disease and how dialysis had restricted his diet, among other things in his life.

Matt and I felt so bad for him. He was barely an adult at the age of nineteen, and he was facing death. But despite that, he had a kind and caring demeanor and was a joy to be around. Eddie did need a kidney… and now Matt was going to give him one.

I fumbled for my phone and called the ICU. When the nurse answered, I asked her if Matt could donate his organs. She was shocked. When husbands are still alive, even just barely, it is not common for wives to call and ask about organ donation. I explained to her that I was searching for purpose and felt that part of the purpose in Matt’s life was to give Eddie a kidney. The nurse told me that she was going to call me later that morning to discuss meeting with LifeNet Health, the organ procurement organization that serves our area.

I was able to arrange for Matt to be a direct donor to Eddie. They would have to go through several tests to determine eligibility for the transplant, and I was warned that the odds of Matt’s kidney going into Eddie’s body were slim, but it would move Eddie up the list for one that did match if Matt’s kidneys went to other people. I called Eddie to ask him if he wanted it, and he tearfully accepted.

The tests were run and Matt and Eddie were a perfect match. I was told that the odds were less than 1 in 700… but they were a match!

Matt died at the age of thirty. We had been married for six and a half years, and I fulfilled my wedding vows to be with him until death—he died in my embrace. After I said my final goodbyes, Matt was taken to an operating room, and his kidneys and other organs were removed. One kidney was put on a helicopter bound for Pittsburgh where Eddie was at the hospital getting prepped for surgery, and Matt’s other organs were sent to other recipients.

My children and I traveled to Matt’s and my hometown for the funeral, just outside of Pittsburgh, a few days later. With final arrangements for Matt set, I decided that we would drive to Pittsburgh to visit with Eddie. After making our way through the maze of corridors at the hospital, we finally arrived in Eddie’s room. When I walked in, Eddie looked up from his bed and said, “I ate cereal today for the first time in two years.” We both cried as we hugged each other. It was comforting for me to know that a piece of my husband lived on in him. We visited and talked about what a wonderful man Matt was, and Eddie gave my children a pillow shaped like a kidney on which he wrote: Your dad is my hero.

It wasn’t until after I arrived back home that I really processed Eddie’s comment about eating cereal. This young man had struggled with kidney failure for years, his life all but destroyed because of his disease. He had dropped out of college and could barely do anything beyond go for dialysis. The day that Matt gave his final gift, Eddie received many blessings and was rejoicing in all of them, including even the smallest, a bowl of cereal. Eddie taught me that joy can be found in everything.

P.S. Matt’s children created the ornament pictured above to hang for him at the annual Tree of Life ceremony, honoring all organ, eye, and tissue donors.

Join us virtually to recognize the gift of organ, eye and tissue donation, to pay tribute to donors and their families, and to celebrate the lives of recipients across the country. We hope this event may be a moment of solace for friends and families who are grieving, and for all who may experience a greater sense of loss during the holidays.