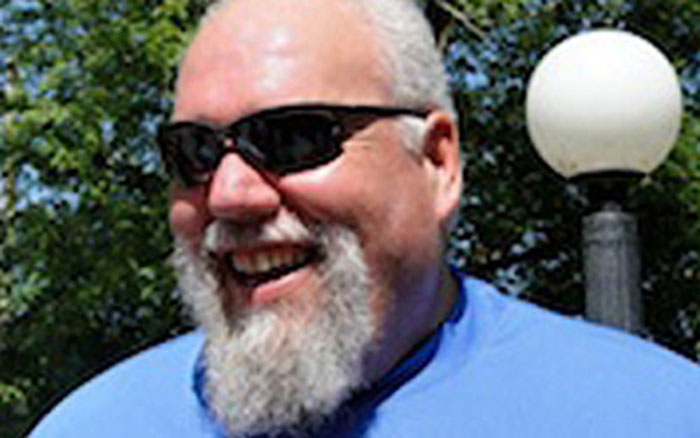 Despite having an implanted pacemaker/defibrillator my health was still bad and I began experiencing more lethargy and more ventricular tachycardia, as I became weaker and weaker. It was determined by the heart failure team that a valve replacement would be my best shot at recovery. They determined I was not a candidate for transplant yet, and opted for a mechanical aortic valve replacement. My aortic valve had always been a concern and replacing it might buy me some more time. This procedure would hopefully allow me to recover and get strong. As one doctor put it, “it’s not a matter of if you need a transplant, it’s a matter of when.” Finally a glimmer of hope; maybe a new valve would help. Having had a defective valve since birth, it was hoped that a good functioning valve would help relieve some of the strain on my heart and improve my ejection fraction.

This would be my first open-heart surgery and prepared me for my eventual transplant. It was very frightening to be sure, but the heart failure team fully explained the risks and benefits of the procedure. It was the logical next step. I had to try something. After my surgery, I was amazed to be alive, and in awe of all of the various lines coming out of my body. There were chest drainage tubes and a temporary pacemaker line coming out of my stomach, a swan catheter in my neck, a PIC line (IV) in my upper arm with about three different bags attached and another arterial line in my wrist. I’m sure anyone who has had open-heart surgery could tell you that it is kind of unnerving at first. You feel more like a machine than a human being. It’s like something out of a movie, only it’s real and you are living it.

Over time I grew a little stronger and my ejection fraction improved, getting up to around a high of 25%. The gains were only temporary and I soon began to experience more distress with fluid overload and heart failure. It was too little too late. Ultimately, I would need a new heart but was very skeptical that I would ever get placed on the waiting list. As the heart failure team monitored me, my doctor assured me that my status was subject to review based on my condition and progress toward meeting my treatment goals. I continued to have severe problems and need hospitalization for fluid overload and worsening heart symptoms. Finally, on December 18th, 2006 I was activated for transplant and placed on status 1B. 67 days later I received the call that would change my life.

A very compassionate family had made a decision to donate a loved one’s organs and saved my life. The unselfish act of organ donation is one of the most compassionate things one human being can do for another. I am forever grateful and have adopted the philosophy that all organ donor families are my donor family. Many lives have been changed by organ donation and transplantation. This became painfully obvious when I began to speak to donor families and express my gratitude, telling them how much of an impact my transplant had on my life. Looking around the room at the faces quivering with emotion and hanging on every word, some of them reliving the horror of their loss right before your eyes. Hearing first hand accounts of the loss of loved ones makes me appreciate my gift even more. It sometimes is easy to forget that my happiness is countered by someone else’s sorrow. Nothing I can say or do will make up for their loss, but maybe I can ease their grief slightly. I consider it a tremendous responsibility to try to provide some hope and comfort to each of them by showing them how they may have helped save another’s life by making a decision to donate.