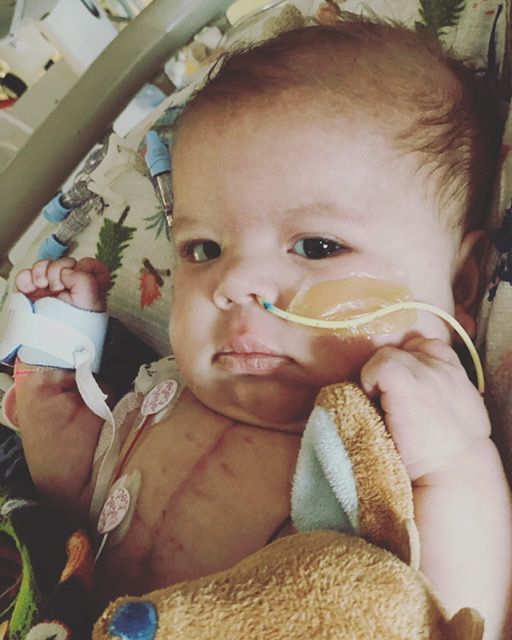 At six months old, Jax was taken to the emergency room for his breathing. His mother noticed he was retracting and having a minimum of 80 breathes a minute. From birth, he was a “normal” baby with some feeding issues and never really had a sleeping schedule. Jax was admitted and a x-ray showed his heart was enlarged. Over the course of the next two weeks, Jax was diagnosed with heart failure due to coronary stenosis and diagnosed with Williams Syndrome. Two months after being admitted and while waiting for his heart, Jax went into cardiac arrest and was put on extracorporeal membrane oxygenation (ECMO) for about a week or so before a miracle happened and he received a match. He was really sick when he underwent surgery and unfortunately, his new heart suffered graft dysfunction. It has been a very slow and difficult recovery for Jax, but he is a true warrior and continues to show true strength. He has his family and many supporters who are very proud and thankful for him.

« Prabir Bagchi: Living with a transplanted lung Matthew Kuchera: The gift of life during COVID-19 »