Hannah Smith: A match made in heaven 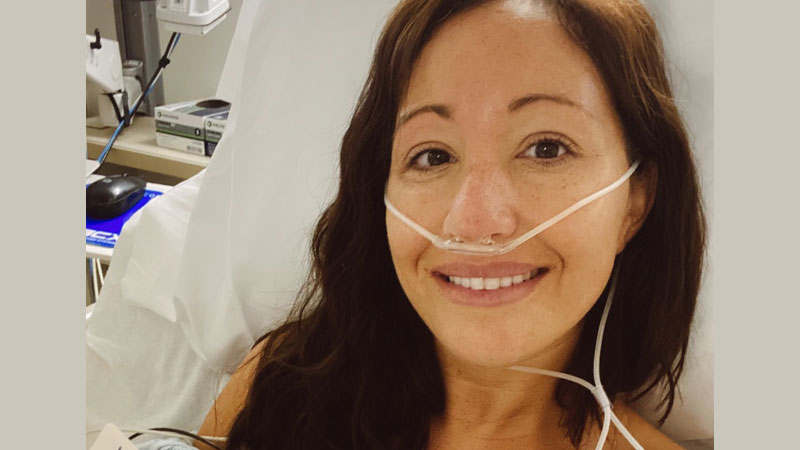 Today I walked into the hospital with two kidneys and I’ll be walking out with one. I know this is a big shock for most of you because honestly, I’ve mostly kept this to myself!

My journey started in December of 2020 after following the journey of a friend who donated her kidney. I felt a pull and a tug on my heart to look into living donation further.

After I did some research I signed up to be a NDD or non-directed donor, meaning I was happy to donate my kidney to anyone in the U.S who needed one. I started the initial bloodwork and was cleared to move on to round two.

A month or so later I saw a post from my neighbor up the road about her husband needing a kidney. I reached out to her to ask her if she wanted me to see if we were a match and if we weren’t I could donate in his name to bump him up the list. She said yes and what unfolded next was ALL God.

I had never met Bill before but my heart was in this for him. During my two day testing we found out our blood and antibodies were compatible but were told that there was a 5% chance we would be a size match. Bill is tall, I am short and small; your kidneys have to be a size match to donate. They told me to be prepared to enter the paired exchange program where you donate to someone else and their donor swaps with Bill. It’s actually super cool. A few days later I got a call from my coordinator telling me she doesn’t believe it but WE’RE A SIZE MATCH. I just happen to be a smaller person with larger kidneys. 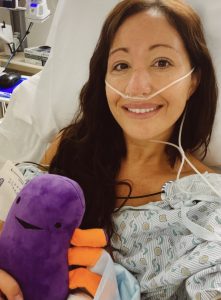 The rest is history. I met Bill a few weeks later, what a surreal feeling. I’ve made a new friend for life. Who knew that pulling on my heart back in December would lead to my donation for a man who lived only a minute up the street? God did. But Hannah, you didn’t even know him. What if your kids or family needed a kidney? That’s a question I get asked a lot. My answer is simple. I chose to donate to a man I never met because Jesus didn’t just die for and sacrifice himself for those in his inner circle. He died for everyone; even those who don’t know him.

And I would pray someone would do the same for my kids or family one day if need be. “Love thy neighbor as thyself” is a verse I didn’t want to leave printed in my Bible. I wanted to bring it to life. So here we are. Fresh out of kidney donation and so incredibly thankful for this journey and for those who are apart of it. If you’re wondering how you can support my family and I as I recover, you can:

If you’re wondering how you can support my recipient and his family: They’re asking for prayers

The One Kidney Club is a pretty cool club to be apart of. If you want to join ask me how. You were born with the ability to change someone’s life.