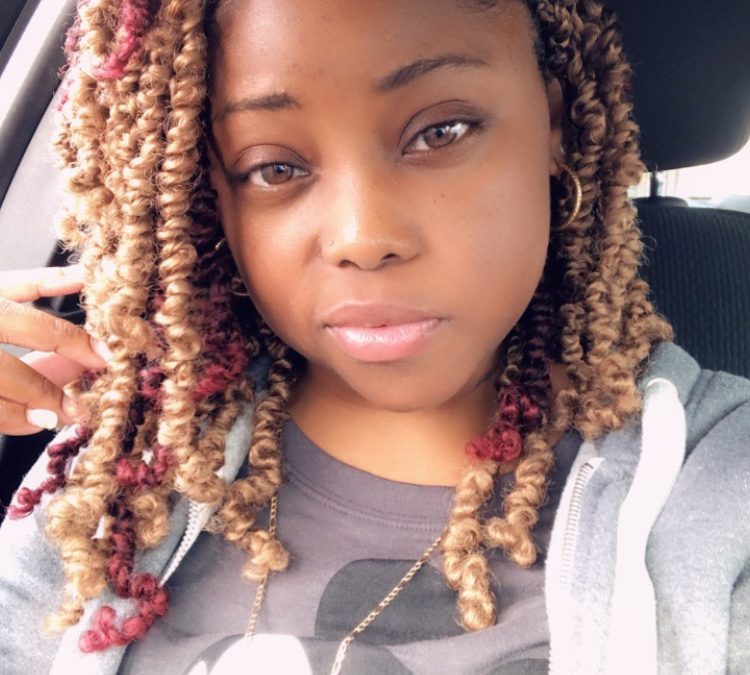 My name is Tash. I am 29 years old and was diagnosed with Type 1 diabetes at the age of 10.

From the start I was in and out of the hospital, spending days to weeks there. Multiple hospitalizations for ketoacidosis. I was taking four to five shots a day and checking my blood sugar numbers even more. I was called a brittle diabetic. My blood sugar would go from one extreme to the next. I could never seem to just get it to act right. I went through all of my elementary school, high school and even some college years battling with this illness.  I used to feel so out of place because I felt like I couldn’t fit in because every few hours I would have to worry about taking my blood sugar and taking insulin. I felt as though I would never get to live my life the way wanted to really live it. A few years into my twenties I started using the insulin pump. At first it seemed like a great idea, but shortly after the same problems came back. So, I went back to using my needles and syringes.

I had my first scare with a seizure back in 2015, my blood sugar dropped below 30 and before I could do anything I started to seize. It was most scary because I was alone and it woke me up out of my sleep. Unfortunately, I had a few more after that. Fast-forward to 2017, I start losing weight, I start losing my appetite and almost getting sick every week at work. I would get so sick at work I would just start vomiting and the ambulance would have to come get me. I found out I had gastroparesis. So I had to really start watching what I ate because any and everything could trigger it. I lost count of how many times I was in and out of the hospital for gastroparesis. Every single time, my mom was there with me fighting this illness. I asked God to take this away because I hated the way it would make me feel.

August 2017 is when I found out I was diagnosed with stage 3 kidney disease; my creatinine was a three. My doctors told me I was slowly easing my way to end stage renal failure and might have to start dialysis soon. March 2018 I was diagnosed with End-Stage Renal Disease (ESRD) and was told I needed to start dialysis right away. The day was March 26 2018, I cried during my entire treatment but the staff there helped me feel so welcome. All I could think was I’m so young, I’m only in my 20s. I was used to going to dialysis three times a week now, it was just a part of my weekly routine. I would pray each and every day that I wouldn’t have to live like this for the rest of my life. One day a family friend mentioned that her husband had just received a kidney and pancreas transplant and now he no longer had diabetes or kidney disease. I thought to myself, wow I’ve had diabetes for so as long as I can remember. Just imagine what it would feel like if I didn’t have it anymore.

I read into the process and procedure and scheduled my consultation. My first consultation was July 2019, after many test and work ups I was finally put on the list in February 2020. It all happened so quick after that, I received my first offer March 12th but the pancreas wasn’t viable. I was devastated, I had come so far just to get turned around. I did not lose faith though because I knew if I received one call, I would receive another. Then the pandemic started so all transplants slowed down. I didn’t receive my next offer until May 22, less than a week before my 29th birthday and the same thing happened. Pancreas wasn’t viable. I knew delayed was not denied. I kept receiving offers almost every other weekend until July 1st. I received a call, I went down there with my mom, just for them to tell me the pancreas didn’t look good. I lost all hope, I wanted to give up. This was the fifth time and I told myself I wouldn’t accept any more offers for a while. Instead of going straight home, my mom and I decided to leave the next morning. On our way home, we received a call with an offer and I decided what the heck since we’re already out here. On July 3,2020 God blessed me and I received my gift of hope. Doctors told me my surgery went by smoothly, my body accepted the organs immediately. All I could do was praise God. I was up and walking the next day. During my stay my mom stayed at a transplant home where they treated her just like family. No more insulin, no more diabetes, no more dialysis. I can start to live a normal regular life. Finally. The staff was beyond amazing and patient. I feel amazing, I get the chance to start a new life. Of course I still check my blood sugar because of force of habit but not as much as I need to.