Brendan: A second set of lungs, a second chance at life 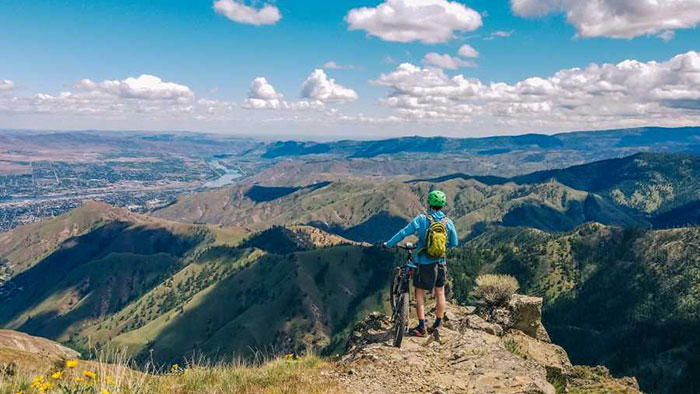 Double lung transplant recipient, Brendan Morrison celebrates his anniversary, and honors his donor, with a hike followed up by a four hour mountain bike ride.

I didn’t realize how important my lungs were until they stopped functioning properly.

Growing up near the mountains in Washington State that offer ample opportunity for physical activity, I spent my childhood engaging in a wide range of active hobbies from soccer, to rowing, to snowboarding and everything in between. Most of the time, hanging out with friends would inevitably turn into some sort of outdoor adventure. Consequently, the whole core of my being was built spending time outside and pushing myself in various capacities.

This made my shortness of breath in the summer of 2015 immediately noticeable and all the more worrisome. For the first few weeks, I made simple excuses to explain the situation like, “I’m just out of shape” or, “I’m not over that cold yet.” However, after a backpacking trip in early July where I needed to take frequent breaks and could barely carry more than a lightweight sleeping bag in my pack, I was forced to confront the reality that something serious was happening.

Following that hike, my family and I sought answers from numerous doctors and medical centers, none of which were able to figure out why an otherwise healthy 20-year-old was having so much trouble breathing. My symptoms didn’t line up with anything they had seen before. Over the next few years I pieced my way through college all while my lung capacity continued to decline. After a hospital stay in November 2018, my doctors told me I needed to start looking towards lung transplant. That December, shortly after walking across the stage to accept my diploma with my oxygen tank on my back, I began applying to transplant centers around the country.

In March of 2019, I was accepted at the Duke Transplant Program and they performed my double lung transplant on May 15.

Despite being just a few months out from my surgery, I have already resumed some of the activities I wasn’t able to do for so long and thought I might never do again. I truly feel like a new person and being able to push myself in the outdoors again brings me immense joy.

I’m always thinking about my donor and their family and even though I know I will never be able to fully express my gratitude for their gift, I strive to live my life in a way that honors their choice to donate. The value of the work UNOS does every day to help match people with lifesaving organs cannot be overstated. Because of the match they gave me, I now have a new perspective on a life full of potential.

Create a giving page to let others celebrate a milestone.

« The Ripple Effect of Donation My Lung Transplant Journey »