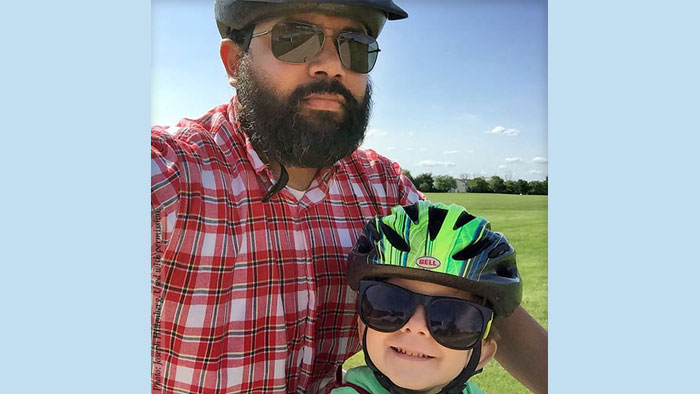 In December 2011, 4-week-old Benjamin Hillenburg developed what his parents, Joseph and Stacy, thought was the flu. Their pediatrician was concerned about some symptoms that didn’t quite fit the flu and had Benjamin admitted to a local hospital for tests. An echocardiogram revealed that his heart was dangerously large, and within hours he was airlifted to Children’s Memorial Hospital, now Ann & Robert H. Lurie Children’s Hospital of Chicago.

Diagnosed with idiopathic dilated cardiomyopathy, the most common type of heart muscle disease in children, Benjamin was listed for transplant. To his family’s surprise, Benjamin received his new heart just 19 days later on January 5, 2012. After an “extraordinarily complication-free” recovery, Benjamin left the hospital three weeks later.