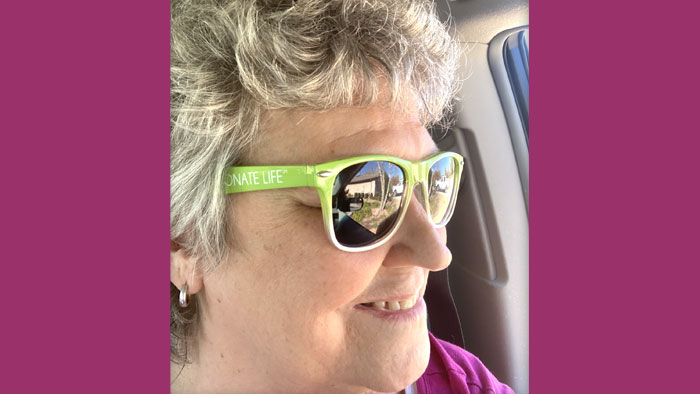 As of February 16, 2022 I am 62-years-old. I was diagnosed with chronic obstructive pulmonary disease (COPD) in the 1990’s and put on on oxygen in 2000. I smoked a pack a day from ages 19-38. In 2003, I was referred for a lung transplant evaluation. At that time it was desirable to get on the list ASAP because it was length of time on the list, and all the other required things to receive a lung/lungs.

As I waited, the United Network for Organ Sharing (UNOS) rules were changed to taking the people with the least amount of estimated time to live. Since I wasn’t critical, it was suggested in 2006 that I be put on the inactive list. So, I decided to research lung volume reduction surgery (LVRS). My transplant hospital didn’t believe in doing LVRS due to the NETT study at the time which indicated only a few patients might benefit. However, a different hospital was doing them on very specific patients, of which I was a candidate for success. In 2007, I underwent a bilateral LVRS. I am so very grateful for amazing amount of time this surgery gave me.

In April 2020, I was listed for a double lung transplant. On August 16, 2020 while very ill I was offered and excitedly accepted a wonderful pair of new lungs from my donor. My 20 years on oxygen was through! I am so very grateful for this selfless gift. Words cannot describe. Each day I remember and thank my donor, their family and friends.

Note: After my transplant I learned that I had pulmonary fibrosis which may have been caused by inhaling a straw type carpet padding which I tore out of an old 1920’s house in 1994. It was after that when I became breathless and in need of inhalers and medications. At that time they diagnosed as COPD. Over the years, many doctors questioned that diagnosis because I was young for COPD, it wasn’t the Alpha 1 inherited form, and I didn’t have what they considered a lot of pack years. No matter the cause, I still needed the transplant.

Just an interesting side note.

« Kirk Menefee: Everyday is a gift Clyde Resaba: Given a chance »