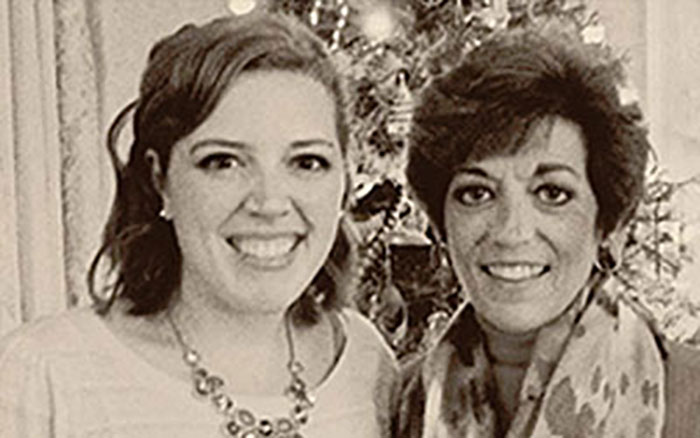 My mom and I have always had a special relationship. We share the same smile, sense of humor, and nowadays, we share the same liver. On November 27, 2012, my mom’s 19-year battle against two liver diseases finally came to an end, when she received a portion of my liver. Her battle began when I was just four years old, when she was diagnosed with Primary Biliary Cirrhosis, an autoimmune disease that causes irritation and inflammation in the bile ducts of the liver. A few years later, she was diagnosed with a second liver disease, chronic autoimmune hepatitis. Most days, she was very tired, but it was difficult for me to understand at the time because my mom was a fighter and never showed how tired she was. Despite having to take 20 pills a day, the medication appeared to be keeping her blood work numbers under control.

From 2010-2012, things took a turn for the worst. When her abdomen started retaining fluid, we learned that she was experiencing ascites, a common occurrence in end-stage liver disease patients. She lost about 50 pounds and by Christmas of 2011, she could barely pull herself up the stairs. Her face sunk in and became jaundiced and tired. It was a tough holiday season.

In September of 2012, her hepatologist informed her that, due to her extreme weight loss, she would have to consider a living donor or she might not make it to 2013. Even though she was on the transplant list, her liver numbers were nowhere near where they needed to be to qualify for a deceased donor and they did not appear to be reaching that point any time soon. I immediately said that I wanted to be considered to be a living donor, much to her dismay. I am her only child and she did not want to subject me to such an invasive surgery just because of her health problems. Once again, she put me first, even if it meant that she would leave us. In October, we found out that I was a viable donor and after many long discussions about the risks involved, the recovery, and how it would affect my job and my graduate schoolwork, we scheduled the transplant for the end of November, just after Thanksgiving. That year, we had so much to be thankful for.

November 27, 2012 is a day of my life that I will never remember, and yet, I will never forget. At 5:15 AM we arrived at the hospital and 14 hours later, I had 30% of my liver and my mom had the other 70%. It certainly was a tough journey with many needles, shots, IVs, and too many glasses of prune juice, but it has been the greatest thing I have ever done in my life. Now, just four months post-surgery, my mom and I are both doing well, and people can hardly believe the difference when they see her now. Her face is full of life and color, her eyes are bright and joyful, and her liver is regenerated and healthy. It’s amazing to me how one organ, even part of an organ, can change a life in such a way. If I have learned one thing in this whole experience, it’s that you are stronger than you think and can overcome anything with the right mindset. Looking back on the whole experience, there is not a doubt in my mind that I would do it all over again, even after knowing what was involved. After all of the sacrifices my mom has made for me over the years, I was honored to be able to give her a new lease on life through organ donation.

I want to share our story with as many people as I can so that we can spread awareness about living donation and save lives one organ at a time. There are thousands of people waiting for organs, and by spreading awareness, those people could have a second chance in life, just like my mom. I am a living witness of the gift of life and how it can transform someone. It is truly the best gift you can give; it’s the gift that keeps on living.