A new heart during the COVID-19 pandemic 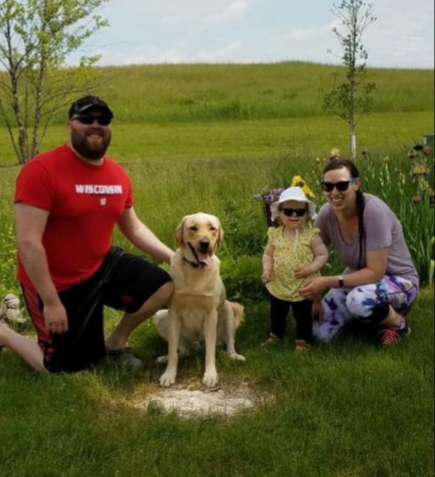 It all began on January 16th, 2004. While on a hike with my cousin and his friends, we were close to completing our 9 mile hike. Something didn’t feel right. I couldn’t describe the sensation within me, but my chest felt outright strange. My relatives decided to take me into the hospital once we reached our destination and they saw the physical distress I was in. After safely reaching the hospital, my heart went berserk and topped 300 beats per minute. It was followed by the complete stopping of my heart muscle. After five minutes of no activity, I was properly resuscitated.

That was the introduction to living my life with heart disease. Doctors properly located the genetic mutation that caused the issue. I was diagnosed with Right Ventricular Dysplasia.

It was determined that the safest route to go was to have an Implanted Cardiac Device (ICD) placed in my chest region. This device would shock me if my heart were to go out of control again. During the course of 16 years, I was “given treatment” (the device engaging) a handful of times. Although it was painful, it was doing what it was designed to do, keep me going.

Over the years, the heart continued to have minor issues, including infections, and one tear of the Vena Cava during a surgery that was intended to remove the wires from a malfunctioning defibrillator. With every Cardiologist check up, the good numbers decreased, and the bad numbers increased. It was clear that regardless of the defibrillator being there to do its job, the heart itself was taking a downfall. I would get lightheaded, short of breath, and turn purple, whenever I tried to tie my shoes or pick anything up off the ground. Inclines were treacherous. Things were not going well.

As of the beginning of 2020, numbers were staggering low for my oxygen rate, physical endurance, and recovery rate. I could tell things were wrong. I was getting tired walking to get the mail, getting purple upon trying to tie my shoes, and exhausted after climbing stairs. Things had to be done. It was at a meeting with a specialist that the decision was made as to me needing a new heart, before things were totally out of control. After agreeing with doctors, it was official. I would start testing to see if I could make it onto the donors list. They drew blood for everything under the sun, gave me a stress test and a variety of respiratory tests as well.

It was March 26th. My father had decided to spend the night at the hospital with me until we found out more. He had been given a sleeping cot, and dedicated a portion of the room to his own personal belongings. There was rising talk of China beginning to get sick from some disease, but it was far away. We paid no attention to something that was that far away. Then there was talk of it spreading throughout Europe, all within the same week. CNN and other major news sources started covering this sickness that was occurring now within the U.S.

As we walked the hallways, we started noticing more and more signs of something going on. Staff was wearing masks. There was talk all over the news and social media about shortages of food starting, also facemasks and hand sanitizer. What were my dad and I missing out there? We continued to live our “hospital lives”. One day, a staff member came in and declared that my father must go home. There were to be no visitors. While my own health wasn’t changing dramatically, things outside in the world most certainly were.

Despite the attention I was receiving from medical staff, it didn’t cure the time I had to spend away from my family. The only methods of seeing my family were through talking on the phone, or over a live feed using the phone or computer.  It was difficult to spent this much time away from them both, but we knew it was the only way to keep in touch.

The day came that the entire Cardiology Department entered my hospital room. They were there to tell me that I not only was able to receive a heart, but one was available. I was in complete shock. They made the slight comment about how it was okay for me to smile. It must have been that I didn’t know what to think. This had all happened relatively quickly. Just weeks from being outside the hospital to being told there was a new heart available for me. I couldn’t believe it. Of course, I agreed to it. The day for surgery was established, and I couldn’t wait for it to arrive.

The day had come. At the earliest time of the morning, a medical staff wheeled me down the hallway, with a grin on my face the whole time. This is happening, and it will be great. They took me into the operating room, and before I knew it, I was waking up with a new heart. What would it be like? How different would I feel? The thoughts stopped at the time I was put under.

Before long, things were different throughout the entire hospital. All medical staff were required to wear facemasks, and eventually, all patients. There were signs all over the wall about a newly titled “COVID-19” term being printed everywhere. It was an illness that was easily spread. There were two floors dedicated to those who were potential carriers within the hospital. Full body suits were put on staff members as they went into some rooms. I could see this from the bed. Something major was going on out there, and it seemed I was a lot better off being inside, away from all the chaos of society.

When I was discharged, covering my mouth, and washing my hands, were the two most commonly pressed issues. I was not to touch strangers’ hands for a greeting, which was alright due to COVID-19. It didn’t bother me too much, I wasn’t able to go about in public anyways. In addition to that, the law stated that there were to be no open sanctions in public. Therefore, I was covered when it came to the COVID-19 guidelines.

Things could only go up from there. As the days of public sickness grew, so did my own personal strength. What used to be a struggle, such as climbing stairs or walking to get the mail, eventually became a breeze. The purple face that I got when I bent over to tie my shoes or pick something up off the floor, all went away. My weight came down, and I learned a lot about what things were good for me, and what wasn’t (especially from a dietary standpoint).

Today, I am going on 2+ mile long walks, and getting the mail everyday. Stairs aren’t an issue, and I can chase the dog around. COVID-19 is still running rampant, but here in our house, its nothing but daily improvements. I can’t remember feeling this good, and can’t wait to see how good I’ll keep on getting!

« My Lung Transplant Journey Change of heart – Giving back to mankind »