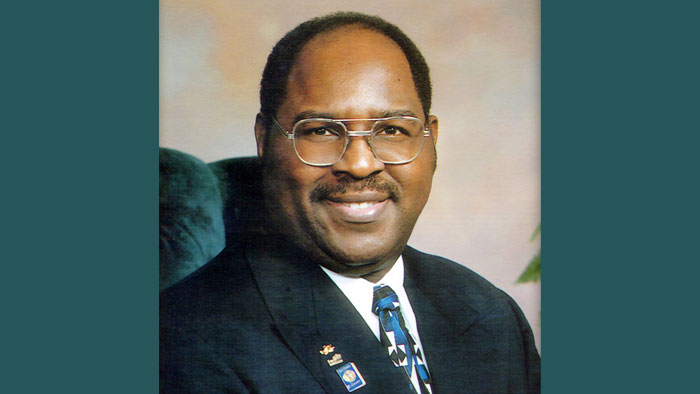 Dr. Jonas Gadson, known as “Mr. Enthusiastic!” is an international motivational speaker, corporate trainer, radio personality, best selling author, expert communication coach and minister. He worked 30 years for two fortune 500 companies. At Eastman Kodak Company he trained over 8,000 employees from 69 countries and earned the “Trainer of the Year Award.” With the United Way, he raised over $1.1 million to help people in the community who were less fortunate. He has a doctorate degree in theology and established a mission work in Beaufort, South Carolina in 2005; working a full-time job but never been on the Church payroll! He invites you to share his story of hope with your family, friends, colleagues and loved ones. His story began as a little boy born on Tom Fripp plantation on St. Helena Island, South Carolina, known as the Lowcountry.

Jonas Willie Gadson was born healthy in the hospital. But by four-years-old, his stomach was protruding out as if he was nine months pregnant! His mother rushed him to a hospital in Charleston, South Carolina. The doctors told his mother that they would operate; the doctors had already operated on eight other babies All eight of the babies had passed away, and they said that Jonas would be number nine! They weren’t expecting him to live. They cut his stomach open and took the tumor out. When he was in the recovery room, he was heavily sedated and could feel the stitches all in his stomach. He had a massive infection from the operation and they had to rush him back for another surgery. They went back into his right side to clean up the infection which had spread over to his right kidney and they took the kidney out! They didn’t tell his mother and certainly they didn’t tell him! He says bonus from Jonas, “…the doctors gave me a diagnosis that I would die, but God gave the final prognosis that I would live…”

Here’s your bonus and you only get this bonus from Jonas, “…don’t let anyone bury you until after you are dead! You are bigger than that, you are better than that, and the best is still in you! Allow that best to bud, to bloom and to blossom into a bright and beautiful future…”

Dr. Gadson always had the best doctors, 50 years later during a routine exam he found out that he had only one kidney, and that one kidney was operating at only 5-11% capacity. Dr. Gadson has been on dialysis for six consecutive years. He rises at 4:30 a.m. on Tuesday, Thursday, and Saturday mornings for his treatment from 5:00 a.m.- 10:00 a.m. He describes the process: when they inject two large needles into his left arm, they are attached to hoses that draw his blood out of his body into the machine that cleans his blood and takes out all of the toxins and then the cleaned blood flows back into his body. The machine does what one healthy kidney is designed to do. Dr. Gadson’s blood type, B+ can save a lot of people, however, it is hard to get a match for people who have his blood type. He is on dialysis and is on the list for a kidney transplant.

Dr. Gadson made an intentional decision to go public with his kidney story because he wanted to help other people who have kidney disease and other debilitating illnesses. That is why he became an advocate for those who are on dialysis at his center. He says, “…people are hurting, and they need encouragement. They need hope…” He has a “can do” mindset and is very active, energetic and enthusiastic! An emergency room nurse who works with dialysis patients at a prominent hospital in Washington, DC said to him after she heard a message he delivered with energy, enthusiasm and excitement: “How did you do it?”
She said that most people after treatment can’t do much more than sleep and move about slowly! His answer was: “…it’s God! God did it!” Dr. Gadson doesn’t miss a treatment, even when he is sick, has blood sugar attacks, is in the hospital, or traveling!

And in 2021, in the midst of a global pandemic, he pivoted and teamed up with 300 speakers, authors and coaches that he did not know and wrote four books virtually which all became Amazon Best Selling Books! Bonus from Jonas, “…just because you use tech doesn’t mean that you have to lose the human touch!” He works while he waits for his new kidney. He says, bonus from Jonas, “I must be a participant in my own rescue!”
Dr. Jonas Gadson’s kidney story is an example of the hope of his calling! He encourages others while he is fighting kidney disease and fighting for his life! It is a hope for anyone who is fighting illness, who is despondent, and maybe even depressed. He especially fights against the disease of “I can’t!” or “no”. He says that he travels with a “w” and when they say no, he adds the “w” to do it NOW!

As Dr. Gadson delivers hope to you, he receives hope to continue on his journey to make a “positive, powerful and purposeful” impact in the world! He challenges you to join him on his journey of hope! Bonus from Jonas, “…when your value is clear, your decision is easy!” Dr. Gadson encourages you whatever health challenge you are dealing with, to continue to fight for your life!

« Donnie Field Senior: My story Bex Hall: The letter I wrote to a stranger »