UNOS Organ Center at 35: A vital link with the transplant community 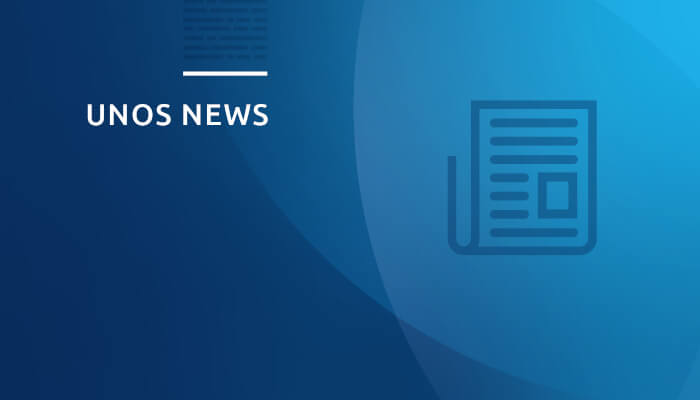 What has been in continual operation, 24 hours a day, seven days a week, for the past 35 years?

The World-Wide Web? Nope, not even 30 years old yet.

The Energizer Bunny? A mere 28.

But since July 1982, the UNOS Organ Center has been working every hour of the day and night to help organ procurement organizations and transplant hospitals make transplants happen. In fact, many transplants would not have been possible without the skill and dedication of the Organ Center staff.

The Organ Center’s history actually predates UNOS as an organization. It was founded by the Southeastern Organ Procurement Foundation (SEOPF) as the Kidney Center. Initial financing came through a grant from the American Kidney Fund.

When UNOS was incorporated in 1984, the Organ Center became one of its most fundamental services. Over time, its role has grown to include four primary responsibilities:

Many of UNOS’ longer-term employees have worked in the Organ Center (sometimes known informally as the “OC”) and have experienced many changes over time. “When I started in the Organ Center, we did not have electronic notification,” said Kim Betancourt, a senior Organ Placement Specialist (OPS). “We had to go down the match and call each center and verbally tell them about the donor. It was very rare that we ever got through an entire match, where today, we get through a match so much quicker.

“With electronic notification, I feel like I place more organs than I used to,” Betancourt added. “I have also noticed more centers are pumping kidneys and, with that, surgeons are accepting kidneys that may have more cold time.”

Despite the changes, those who are newer to the Organ Center appreciate the continuity and mentorship of their longer-term colleagues. “I am so appreciative that I have been welcomed into such a great community,” said Jennifer Harter. “The more senior OPS’s and even the relatively new ones have really taken me under their wing. It is very apparent that the core values of UNOS are really second nature within the OC. Everyone is willing to lend a hand or answer any question, no matter how simple.”

Organ Center staff have a unique connection with many UNOS members through their interactions at any hour of the day or night. Many form deep bonds with clinicians and staff, even if they’ve never met in person. “You do create relationships, even over the phone,” said Sandy Batts Starr. “When you talk to someone for what seems like 100 times in one day, three days a week, 52 weeks a year, you feel like you know them. We commiserate, joke around with each other, find a minute to make someone’s day when an impossible transportation becomes possible. And now we have social media, so we “see” each other more often than once a year in the holiday photo that is sent out.”

Staff members must sometimes confront tense and difficult situations. They are onsite and available despite conditions caused by weather or widespread power outages. (The Organ Center has a number of power and computer backups, and if needed can relocate quickly to a remote site to continue operations).

They have also faced unexpected challenges as a result of tragic events. Lori Gore was in the Organ Center on September 11, 2001. “Like the rest of the country we were horrified; we called loved ones, and for 30 minutes the phones were silent. And then all hell broke loose – the government grounded all aircraft that were up in the air at the time, so planes with organs were coming down everywhere across the country without recipients lined up where they were landing.

“We were scrambling, running import matches, calling centers, talking with courier services – trying to make sure that even though nothing was where it was supposed to be, nothing more would be lost,” Gore added. Due to the efforts of transplant professionals nationwide, including the vital support of Organ Center staff, no candidate deaths are known to have occurred as a direct result of the flight ban.

Despite the occasional crisis, the usual atmosphere is calm and professional. “While I didn’t expect the Organ Center to be quiet,” said Octavia Goodman, “I did expect it to be more chaotic. I thought the phones would be ringing off the hook and that the OPS’s would be flustered and tense from working in an environment that plays a role on an individual’s quality of life. To my surprise everyone was very calm and managed their cases very efficiently, regardless of what was going on.”

Above all, Organ Center staff feel a keen sense of responsibility and connection to UNOS’ role in donation and transplantation. “There has never been a time when someone asked what I do or where I work that I haven’t been proud to say ‘UNOS,’” said Britt Thompson. “In each of those instances they have commented that they are registered donors and they have a personal story to share of giving or receiving. I can’t imagine going back to a job where I can’t see value in the work of which I am a small part.”