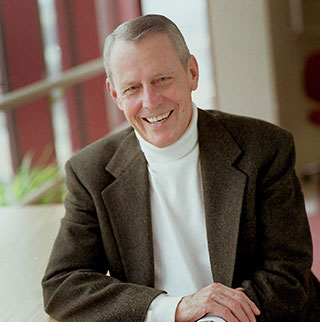 UNOS shares with the transplant community in remembering and honoring Thomas Starzl, M.D., who passed away March 4, 2017. His achievements are integral to the development of the practice and science of organ transplantation.

Dr. Starzl will best be remembered as the pioneer of liver transplantation, performing the first successful procedure in 1967 at the University of Colorado. Many of the longest-surviving liver transplant recipients were treated by Dr. Starzl and his medical team. He also helped countless recipients through his pioneering research and clinical work in immunology. He was a champion of the immunosuppressant drug tacrolimus (Prograf) but also led efforts to taper, and in some cases, discontinue immunosuppressant drugs for recipients exhibiting tolerance of their graft.

Dr. Starzl relocated to the University of Pittsburgh Medical Center in 1981 and continued in clinical practice until 1991. In the 20 years following his arrival, the transplant programs at UPMC performed nearly 6,000 liver transplants and more than 11,000 total organ transplants. He continued to conduct research at the University before retiring from active responsibilities in 2008.

He received many prestigious honors for his lifetime body of work, including the Lasker-DeBakey Clinical Medical Research Award, the National Medal of Science and the King Faisal International Prize for Medicine. He was founding president of the American Society of Transplant Surgeons and founding vice president of the International Transplant Society. He also helped found the Transplant Recipients International Organization (TRIO). He volunteered his time and expertise on the OPTN/UNOS Scientific Advisory Committee and the Liver Subcommittee of the OPTN/UNOS Organ Procurement and Distribution Committee.

He authored or co-authored more than 2,000 scientific articles and four books. He also trained and mentored many clinicians who continue in practice today. His legacy will continue to be felt in the field of organ transplantation for decades to come.

Note: To view a video interview of Dr. Starzl, visit the Chimera Chronicles on the website of the American Society of Transplant Surgeons.