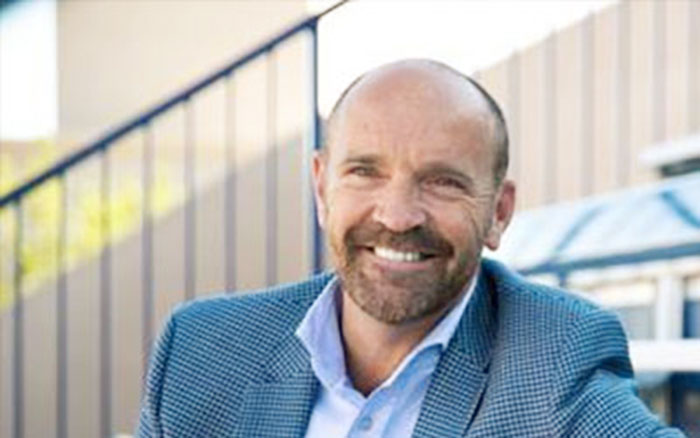 Simon Keith holds the distinction of being the first athlete in the world to play a professional sport after undergoing a heart transplant. Keith was just 21 when, in July of 1986, he received the heart of a 17 year-old boy from Wales, who ironically died while playing soccer. Keith, a world-class soccer player prior to the operation, was determined to return to “his normal” and made his return to competitive soccer playing at the University of Nevada, Las Vegas (UNLV). After playing two seasons with the Rebels, Keith garnered many honors including being named the Student-Athlete of Year for the Conference as well as voted as USA’s Most Courageous Athlete. After his senior season Keith named the Most Valuable Player at the Senior Bowl and was drafted number 1 overall into the Major Indoor Soccer League just three years after his surgery.
Now one of the longest living organ transplant recipients in the world and most notable professional athletes of his time, Keith travels cross-country captivating audiences with his “Moments of Truth” speeches and daring people to live.
In 2011, he founded The Simon Keith Foundation, an organization dedicated to increasing organ donor awareness and educating transplant recipients: Keith has recently published his biography detailing this most unique journey. Heart for the Game. Keith uses proceeds from both his book and speaking engagements to provide athletic training for other transplant recipients who choose to return to an active and healthy lifestyle.
In addition to Keith’s philanthropic efforts, and professional soccer career, he is a successful entrepreneur who currently manages, a Financial Management firm as well as acting as a consultant and Chairman of the Board for the Nevada Donor Network. Keith is married to Kelly and has three children Sarah, Samantha and Sean.