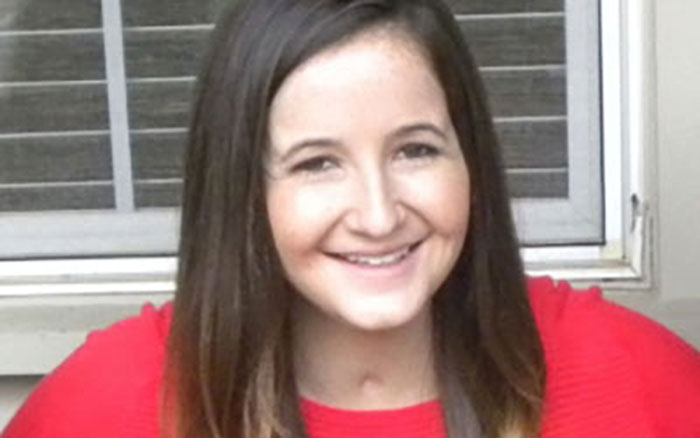 In April of 2010 I was diagnosed with a rare lung disease that could only be fixed by having an urgent double lung transplant. Earlier that same year I was a just a typical college student attending CSU Chico when I began to feel out of breath and exhausted from climbing up a flight of stairs or simply walking across campus. I knew something was not right. I went to numerous doctors but ended up getting a lung biopsy which finally told me what I was up against. When I was about 12, I was diagnosed with an autoimmune disease called Lupus, which at the time had only manifested itself in sporadic joint pain, but it really did not affect me much. Many of my doctors have said that my Lupus had to have played some role in getting the life-threatening disease called Pulmonary Veno- Occlusive Disease (PVOD). With this disease you can take oxygen into your lungs but the vein that pumps the oxygen out of your lungs through your heart begins to close up or occlude. This ended up enlarging the left ventricle of my heart because the disease made my heart work double time trying to pump oxygen to the rest of my body. I could walk around completely fine but when I would begin to exert myself I would feel out of breath, sweat profusely and feel light-headed. Eventually, as the diseased progressed further, I began to blackout and faint. After being diagnosed, I was put on oxygen and began my wait on the organ transplant list.

In July, I entered the hospital’s cardiothoracic floor and didn’t return home till November 22. I was admitted to the Intensive Cardiac Care Unit. I spent two and a half months in the ICC. I was put on the life support machine ECMO. Normally, they cannulate two tubes that pump blood in out of your body through the heart, but since my heart was enlarged they had to put them in my groin. This forced me to become bedridden and lie completely flat on my back for 31 straight days. I couldn’t move or sit upright because of risk of kinking the tubes and causing a clot. My 5’8” frame shrunk from 135 pounds to a frightening 88 pounds. Near the end of that 31 days I had three different cardiac events –during the last and most severe one I lost blood and oxygen flow to my legs and brain for a total of 18 minutes. I received the gift of lungs and was transplanted on August 26, 2011. From those cardiac events leading up to the transplant, I had severe short term memory loss from the lack of oxygen to my brain and between my legs atrophying and severe nerve damage in my legs because of the lack of oxygen and a clot, I was literally a rag doll. Nurses and the “lift team” had to manually move my body for me. I was told by my rehabilitation team that I would likely not walk again. Being just 19 years old, I found this unacceptable. I have had a passion for riding horses and was determined to get back in the saddle.

I had intensive physical, occupational, and speech therapy and I eventually became more mobile with a wheelchair and later KAFOs. After 4 1/2 months in the hospital, I was finally released and continued receiving home care, physical, occupational, and speech therapy. A goal of mine was to return to college. Although I was still wheelchair bound I was eager to return to school, so I enrolled in a class at my local community college in January and received an “A” for the course. I wore my KAFOs and because I could only walk very short distances, I used my wheelchair and KAFOs to do as much as I could. I walked on the treadmill and used the machines even though it was always quite an ordeal. It took time; I can now say that I proved the doctors wrong. I am now riding horses again and taking a full load of courses. Safeway Inc. created a video to promote organ donation which has a lot of pictures and video explaining my story further. Words can’t begin to describe how grateful I am for my donor and their family for giving me the ultimate gift.